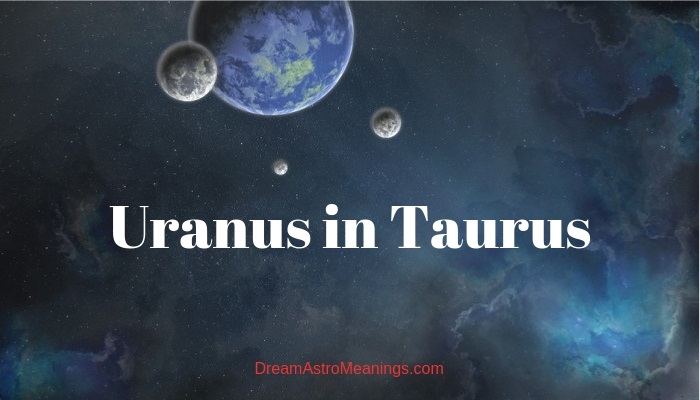 Astrology was never acknowledged as an official science, but people have been practicing it since early days of human civilization.

This interesting and intriguing science originates from times as far as very beginnings of organized and civilized world; Western astrology comes from ancient age, rooted in old Persia, spread into and over Europe by Greeks and Romans.

Regardless of unwillingness of society to accept astrology as an official discipline, it literally translates to ‘science of the stars’.

The origin of the name comes from early Latin astrologia, derived from Greek.  In Ancient Greek, astron means a star and logia means a study (of). Moreover, astrology is based on well-established principles; it has its methodology and sets of rules, just as any other science.

Later on, the meaning of astrology became more related to divination, while astronomy, astronomia, got the scientific tone.

Modern astrology is usually identified with natal astrology, which is only one branch of this interesting discipline. Many people relate astrology solely to horoscope. Horoscope translates to ‘hour marker’; its meaning is related to the observance of time.

To simplify things, horoscope represents a lifeline of an individual person, if we speak about natal astrology and that is what we are interested in.

This unique natal chart is based upon a moment in time, the moment of your birth.

According to astrology, specific positions of planets in one’s natal chart determine that person’s destiny, to some point. Not only that, but also all aspects and elements seen in a natal chart shape an individual personality. Analysis of a natal chart is not an easy task and it requires a lot of knowledge about stars, planets, signs and all other elements of astrology.

A good astrologer must know all the rules and principles of this pseudo science, in order to analyze one’s birth chart and create a horoscope. Yes, it is exactly like that. Your horoscope is unique creation. What an astrologer sees there are potentials and capacities of an individual.

Astrologers will not give you straightforward answers, so you do not expect of them to solve your problems or ease your tensions.

What an astrological analysis offers are guidelines, precious information and great insight. You could learn much about yourself. This knowledge could help you understand yourself better and use your potentials and energy the best way you can.

There is no such thing as completely ‘bad’ horoscope; it could be complicated and difficult, true. However, it depends on you how you would use your astrological energies.

Let us now move onto what we are most interested in here. It is the planets. Planets play an important role in each person’s natal chart, they are essential for any astrological analysis.

Astrology is based on the idea of planetary influence over people’s individual destinies. In Western astrology, planets are considered the most important factor in determining one’s personality and destiny.

At the time you were born, each planet, the Sun and the Moon, occupied specific place. Natal chart is a graphic representation of these positions. Planets in a natal chart find themselves in particular astrological houses and in signs, creating aspects and other relations amongst all the elements of a birth chart. With time, they move, of course, and change positions.

That is why it is thought that the moment of a birth is a defining moment of an individual person, in astrological terms. Each planet rules over particular zodiac sign, but they affect all signs, depending on overall complexity of one’s natal chart.

There are three types of planets in astrology, personal, social and transpersonal or impersonal planets.

The last three planets are transpersonal, they are astrologically seen as other levels of personal planets, to say so. These are extra-Saturn planets, Uranus, Neptune and Pluto, which were not known in ancient times, because they cannot be seen with the naked eye.

Uranus is one of modern planets. It is considered a ‘modern’ planet, because Uranus was discovered in the late eighteen century, while other planets were known for millennia of years before that.

Uranus is particularly an interesting element of an individual birth chart. It is, by many characteristics, an unusual planet, in astronomic terms in the first place.

In astrology, Uranus is associated with everything that is non-typical, surprising, unique, eccentric, original, innovative and genius. Uranus rules the sign of Aquarius; it is known that Aquarius is always associated with liberty, breaking of bonds, open-mindedness, innovation, original ideas and a very wide perspective of the world.

All of this makes Uranus the planet of sudden changes.

It is so strange to think this way about the planet that travels quite slowly, for our comprehension.

Uranus spends years, seven years, to be precise, in one zodiac sign and affects whole generations. Uranus, the planet of individuality, originality, revolution and independence plays a specific role in each individual’s birth chart.

What does Uranus in Taurus bring? First of all, we would like to remind you that Uranus is in Taurus exactly at the moment we speak about it; it entered Taurus in 2018 and it will remain there until 2016.

Uranus is known as rebellious planet and, according to astrological interpretations, Taurus is not a happy place for this planet. Taurus is the sign that represents stability, steadiness, it is well grounded and definitely not of an impulsive, changing quality.

Uranus does not feel particularly comfortable in Taurus.  Uranus in Taurus brings changes in spheres that are constitutive parts of an individual’s life. Since the sign of Taurus represents the element of earth, meaning literally the ground and earthly surface, Uranus in Taurus could directly affect our planet, in a way we could find very disturbing and devastating.

When seen in an individual birth chart, Uranus in Taurus could bring revolutionary ideas, originality and genius.

One of the famous scientists, Nikola Tesla, had Uranus in Taurus, which suggests here comes the period of discoveries, inventions and innovations.

Everything material is associated with the sign of Taurus; Uranus brings rebellion, disturbance and transition. It is said that when Uranus is in Taurus, people would intensify their conflicts over what is material, such as land, natural resources, pure money.

How Uranus in Taurus does affect an individual? Uranus in Taurus could face you with completely unexpected situations, to challenge you and make you wonder about everything you have known so far.

Uranus in Taurus faces one with sudden changes or with opportunities to change something from its roots. You should ask yourself about whether it could be good or not. Is the change this situation brings what you actually want or just something attractive and exciting?

Uranus in Taurus inspires art and creativity in general. Not only it could help an individual openly to express their creativity, but it also opens new opportunities for all sorts of creative works on a global level.

Uranus in Taurus suggests one not to be only part of the mass, but a unique personality. It could awaken your genius and bring you to fantastic, innovative ideas others would find the most intriguing and daring, but also useful and practical.

Uranus in Taurus awakens one’s sense of the importance of relations with people.

This strange astrological combo reminds you friends, family and people matters. It could make us closer to each other, in the age when it seems people got distanced amongst themselves.

Uranus in Taurus could open new ways of meeting people, of finding the love of your life and many more.

It also indicates great possibility for doing the job you love and earning enough money for a comfortable living.

Since Uranus in Taurus is not a natural and good place for this planet, because their energies are opposing and very different, Uranus in Taurus could bring changes that are unpleasant, undesirable.

It could literally crush down your dreams and face you with entirely different circumstances, which is something you do not wish for.

It could also happen that there is a constant urge for making changes on a deeply personal level. Uranus in Taurus could bring instability, irritability, impatience and restlessness. It all depends on other aspects, such as your native sign.

Aries people could expect financial changes and the change of their perception of material values. Gemini could unravel many mysteries and dedicate to something completely new.

Cancer people should expect changes on a social level; they would lose some friends, but also make new ones. Leos will face changes on a professional level. Virgos should expect travels, getting more education abroad, learning from foreigners.

Aquarius should become more oriented towards home and family. Usually mysterious and reserved Pisces could become more talkative and open. These are only general potentials of Uranus in Taurus in each one of native zodiac signs.

All other elements in a natal chart should be considered, especially Uranus in houses.

Uranus in Taurus in men signs could manifest in many ways. Uranus in Taurus in general makes an awkward combination. According to some astrological analyses, this transit of Uranus brings a period of trying to balance traditional values with innovation.

In men signs, it could manifest in any area of life, of course. If we speak about native Taurus man, Uranus in Taurus would make this man impatient, eager to make some radical changes.

He might even surprise himself with ideas that come up his mind. At first, this makes him confused, maybe irritate and angry. However, he would soon sort things out and he would be able to accept this completely new way of thinking.

Regardless of his native sign, a man with Uranus in Taurus could come up to some genius ideas, related to his personal life.

Taurus’ steady pace is shaken by Uranus, so these men would become very interested in some new career opportunities.

Uranus Taurus women are also oriented towards changes on a personal level and they feel a great need to change their ways.

They are also oriented towards changing their career goals and they become more open to risks. Women with Uranus in Taurus always try to find some new, original ways to make their own home a happier and more comfortable place.

Since they enjoy creating and making things, they could come up with some rather original ideas and even turn it into profit.

All people with accentuated Taurus are oriented towards material stability, meaning it is very important to them.

In women, this could often lead to creating their own job, becoming their own bosses and working in a creative environment.

Uranus, the tricky, surprising guest in a birth chart, as well as in more general astrological interpretations, brings changes, whenever it is placed. Uranus in Taurus primarily affects our sense of material values, in total.

People might ask themselves how dependant they are of their finances and of material values in general. We will start wondering about that and soon we will come up to new ideas.

Uranus is the planet that is considered rebellious, awakening. On a global plan, Uranus in Taurus brings changes in organizing finances, changes in the way we use lands we live in, conflicts related to territory and else.

Uranus in Taurus breaks bonds between tradition and innovation.

Uranus in Taurus is also associated with physical earthly changes, such as tectonic movement and else related to it.

On a personal level, Uranus in Taurus creates an innovative mind, oriented towards material aspect of life, in the first place.