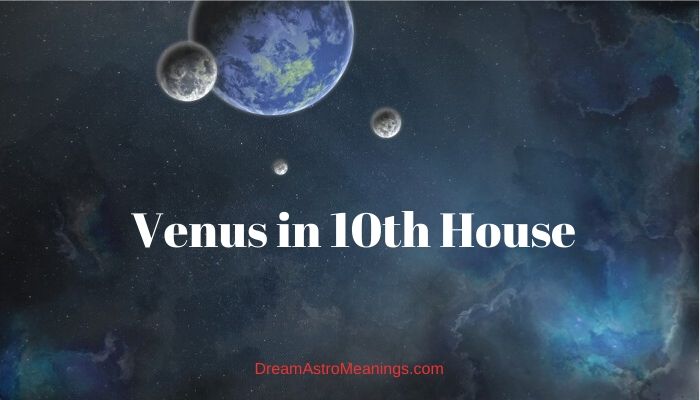 Astrology is a fun subject for conversation, but it is also very useful and can give some insightful information about situations and people.

Astrology is an ancient technique which analyses the planets and their placements at a certain moment in time to predict the future and determine information about people, their characters, beliefs, interests, events they could experience, behavior, etc.

Astrology can also determine whether a relationship between people has a potential to be a lasting union or not.

Astrology can give predictions about the future which can often be very precise and accurate. They might also give answers about the outcome of situations and answers to some questions we have.

Usually the astrology analysis consists of analyzing the positions of the planets in some moment and making conclusions about their meanings.

The astrologers analyze the positions of planets in the houses and Zodiac signs, the rulers of the houses and their placements and aspects, as well as the aspects between the planets.

Astrology inquiry begins with creating a natal chart. This chart is the image of the planetary positions in the desired moment in time, usually some person’s birth.

The data required for the creation of natal chart are the date, place, and time.

Ever since astrology computer programs were developed, the creation of a natal chart and other astrological calculations became a matter of seconds.

The 12 houses of the natal chart can be angular, succedent or cadent; they can also be personal and interpersonal, as well as cardinal, fixed, and mutable.

The houses rule various areas of life and those with planets inside are considered the most important by astrologers because they are the most insightful and give the most information; they also reveal where the focus of attention and action is.

The planets inside the houses influence the areas which the houses rule with their energy.

Astrology analysis is also done to analyze relationship potential and determine facts about the stability and longevity of a relationship.

It is done by comparing the charts of two people and their planetary positions. This technique in astrology is called synastry.

Houses are especially important in synastry analysis because the planets of one person placed inside the houses of the other person show how the relationship will influence them, especially the house person.

Venus rules art, love and beauty; this was the goddess of love in ancient Rome. This planet is very bright; in fact it is so bright that it resembles a very bright star.

For this reason, Venus was often called “morning star” and the “evening star”. It moves fast and spends about 18.5 days in one sign, if it is not in retrograde or stationary motion.

The tenth house is generally considered a house of our career and success we could achieve in life. This house reveals our reputation and recognition we manage to gain in our life.

This implies another trait of this house and that is responsibility and organization. The planets inside and its ruler shows our attitude towards these areas.

For most astrologers, this house reveals the person’s family ancestry and legacy; it is the house of the person’s routs and the things inherited from the ancestors, such as some general traits and values, goals, social status, and sometimes the family business.

The 10th house reveals whether the person has a desire and predisposition to climb the ladder of success.

A person with planets inside this house is usually very ambitious and puts their career high on the scale of their priorities. They want to succeed in life and accomplish their goals. This house, its ruler and planets inside can show how ambitious the person is.

The 10th house is also the house of the person’s superiors and bosses. It can describe the personality of the bosses they are likely to have during their lifetime.

The tenth house traditionally is considered the house of our father, but if the mother has a stronger role in the upbringing, this could also be the house corresponding to the person’s mother.

This house also rules the authorities we have. It can show how influential the person is in society.

This house can be considered a house of public life and fame, as well as public appearance. From the planets placed inside this house the astrologer can predict whether the person is likely to become famous and appear in public often.

These planets can also be a sign of public influence which doesn’t have to involve public exposure and appearance of the person.

This house shows the success and achievements the person has accomplished through their own efforts, patience, and work.

People with Venus in 10th house often desire to be in the center of attention and they usually have that position. They often possess high social status they gained through their romantic partnerships and marriage.

These people often seek partners who are successful, financially well-off, good looking, famous, and possess high social status. They want someone they could be proud of and elevate them in different ways.

These people can use their beauty and charm to find their way among the rich and the famous, and become famous and rich themselves along the way.

They are very ambitious, but they are usually not prepared to put in much effort to succeed. They would rather charm their way into success and they use all their tricks to get there.

These people are often showered with opportunities to succeed; the public loves and admires them because of their charming and kind personality, and usually good looks.

They often choose some creative careers and professions in areas ruled by Venus and its sign, where they can merge both their love for beauty and financial freedom.

It is not rare for these people to transform one of their hobbies into their career and earn a lot of money enjoying doing what they love most. If Venus is in good aspects to other planets, this could be a sign of significant wealth gained through their profession.

These people are not loners and they want to be surrounded with people while working, or at least they want their work to be related with contacting people.

If Venus is afflicted in their natal charts, this could be a sign of vanity and self-centeredness, where these people put themselves first and are prone to using others for their interests.

They are usually very sociable and have a large circle of friends and acquaintances, but they can be very difficult to work with due to the fact that they can be very complaining, demanding, and often obsessive about their work and other things.

People with Venus in tenth house often focus their interest on people who are accomplished and can learn something from. If Venus is well-placed, these people are kind and pleasant to be around and work with. With afflicted Venus they might be overly demanding and annoying.

All of these people might be prone to using their charm and attractiveness to get away with things or get what they want. Many people are aware that they are being manipulated by the Venus in 10th house person, but they still fulfill their desires anyway.

People with Venus in 10th house often form partnerships with people from their profession, and that is usually true for people who are in the public business or celebrities.

They have a problem with maintaining a relationship with someone who is not in the public business, because of the stress which the differences in their lifestyle cause.

These relationships usually don’t manage to last long because one of the partners, usually the one who is not the famous one, or isn’t exposing themselves publically through their work decides that they cannot take the pressure.

People with Venus in 10th house are often admired by many people for their many talents, even when they are not famous or in the public eye. If Venus is afflicted in their chart, these people might end up becoming vain and consumed with themselves starting to believe that they are better than others.

One of their lessons in life is to know how to remain grounded and don’t let glory, fame, success, or admiration get to them.

People with Venus in tenth house often use their charm to influence others and make their way to high society.

Because they are often perceived as sweet and irresistible, they usually manage to achieve everything they want. People are glad to offer their help and support whenever they ask for it.

Because Venus is the planet of art and beauty, these people often choose a career where they can use their artistic gifts to create beautiful art that people will admire them for.

Sometimes they have many talents which make them difficult to choose the one they prefer the most, and they end up wasting the other talents and not making the most of them.

Because the 10th house is the house of our father (or, in some cases our mother), with Venus in 10th house, this describes the father as a very charming and attractive person, who is sociable and knows how to communicate to people to get what they want.

The father usually is artistic and creative, and the person could have inherited these gifts from him.

Venus in tenth house position often indicates a person who is very concerned about their public image and pays a lot of attention to how they appear in public and at work. If they are in some leadership position they pay attention to always look immaculate.

This is often an indication of the person having many of women coworkers and bosses.

When someone’s Venus falls in the 10th house of another person, the 10th house person might look up to the Venus person and admire their qualities and talents.

The Venus person probably possesses the talents and abilities the 10th house person would like to have. They might admire the Venus person style, taste, beauty, profession, etc.

The Venus person could help the tenth house person in their career, by introducing them to their influential acquaintances and friends, enabling them to make beneficial contacts that will improve their career.

The Venus person could help the tenth house person improve their public appearance and the way people perceive them.

The Venus person also respects their partner. Their status and reputation increases through their relationship with the 10th house person.

There is usually an overall feeling of pride in both partners for having one another in each other’s lives.

They also enjoy being seen in public together and love going out. They often attract a lot of attention when they are together.

Venus in 10th house is a great placement for Venus, and is an indication of successful career life and often is a sign of fame and fortune. The person doesn’t like to struggle to make their money and prefer enjoying while doing so.

Everything comes to them easily and they can choose the career they want because they usually have many talents. They are very creative and often end up doing some creative or artistic job.

They love working with people and prefer team work. These people can use their charm to manipulate their bosses and coworkers.

Sometimes when Venus is afflicted they could be lazy and vain. They usually make a lot of money and manage to climb the ladder of success during their lifetime.

When Venus is in 10th house in synastry, this is also a good placement. Both partners admire one another and their partnership creates a lot of opportunities for growth and success.