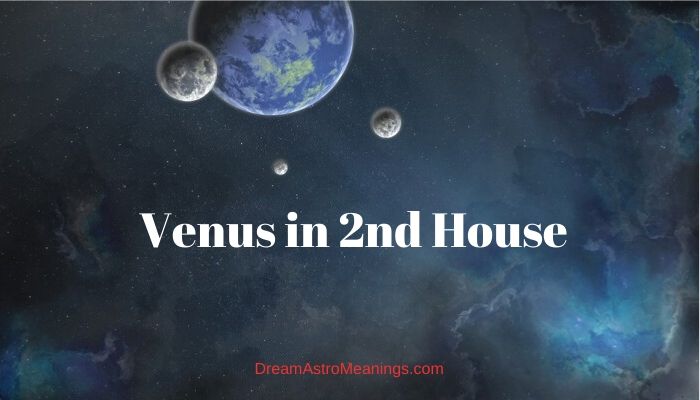 For centuries and millennia, astrology has fascinated people with the accuracy of its predictions and its versatility.

Astrology analyses can discover many things about people and their lives as well as their possible destiny. They can also give insight about the longevity and stability of relationships, and outcomes of situations.

By analyzing someone’s birth chart, an astrologer can determine their personal appearance, behavior, character, interests, personal preferences, and the possible events they might experience during their lifetime.

The astrology analysis starts with making a natal chart. This chart consists of 12 houses where the planets are placed. This chart is made for a certain moment of time and contains planetary positions in that moment. Natal charts are usually made for the time of someone’s birth.

The houses which contain planets are the most insightful and give the most information to the astrologer. They show where the action and focus of someone’s life is and the likely events this person is going to experience.

The planets influence the areas ruled by the house where they are placed with their energy.

By analyzing the planets of one person placed inside the natal chart of another person, the astrologer can discover a lot about their relationship potential and determine how one person influences the other.

The natal chart has 12 houses and they all have their specific areas they rule. The houses of the chart can give insight about the person’s physical appearance, behavior, character, personal relationships, partnerships, surroundings and neighbors, ancestors, parents, children, siblings, family members, education, finances, social life, friends, travels, physical condition and health, etc.

The goddess Venus was one of the most respected deities in ancient Rome. She was ruler of romantic love and beauty. The planet which carries the name of this goddess also rules love and romance.

It is a bright planet, the brightest of all, visible with a naked eye on the night sky. It’s position is close to the Sun and it takes around 225 days to finish a circle around the Sun.

Especially due to the fact that it could be easily seen, Venus was since ancient times known as the “morning star” or the “evening star”.

Venus is the ruler of all that represents beauty in the world, especially man-made beauty in a form of art, architecture, music, and other forms of creative expression.

The signs Venus rules are Taurus and Libra. In these signs Venus feels best. It also feels good in Pisces, where it is exalted. In Aries, this planet is in detriment, and doesn’t feel good; it feels misplaced and lacks strength.

The second house is the house of material possessions, money, expenditures and gains. It reveals how the person gains money and the way they spend it.

The second house shows whether the person is likely to be wealthy and have a lot of opportunities to gain money or not. The 2nd house shows the person’s attitude towards money and their value system.

The second house is the house of movable possessions. It shows how the person feels towards the things they own and how they handle them.

It reveals the person’s desire to earn money and buy possessions. This house shows whether the person is generous or not. It can also reveal the insecurities the person has regarding their material security.

The 2nd house shows the person’s income as well as their expense and the planets inside give additional details. Someone who has Jupiter well-placed in the second house is likely to be very fortunate when it comes to making money and this person is usually wealthy and financially secured.

If Jupiter is afflicted in this house it might be an indication of financial struggle, loss of money and some other issues related to the person’s finances.

This doesn’t necessary negate the person’s wealth, but it can be an indication of problems and obstacles the person needs to overcome to maintain their financial stability.

Mars and Uranus are not the planets anyone would wish to have in their second house because they could bring anxiety and a lot of insecurity regarding someone’s finances, especially if they are afflicted.

The second house shows the person’s ability to materialize their abilities into something tangible. It rules our habits and reveals the food we tend to eat; the second is the house of our most treasured personal belongings and the things we desire to possess.

This house shows the person’s ability to materialize their desires into tangible things. This is also the house of the food we usually buy and eat, and shows the price we are prepared to pay for the food we eat as well as our approach towards eating, that is, are we carefully choosing the food we eat, or we don’t mind about it, as long as our bellies are full.

The 2nd house reveals the person’s ambition and ability to make their desires reality. Besides our material possessions, the second house reveals our goals and values in life, as well as the amount of success we are likely to achieve.

Our ability to make our desires real corelates with our sense of self-worth and respect.

The second house is one of the best places we can find Venus. Venus is the natural ruler of the second house, which is why she feels at home when it’s placed there.

Venus in 2nd house is a great position to have regarding your finances, especially if Venus is not afflicted and has support from other beneficial planets.

The position of Venus in 2nd house usually makes the person fond of beauty items and luxury.

These people love all kinds of luxury money can buy, and often have the means to provide it. They usually have opportunities to increase their finances, and are often wealthy and financially secured.

These people love spending money, and they usually spend it on jewelry, decorations, luxury items, cars, clothes, furniture, art pieces, and other things that will satisfy their desires for beauty. They have expensive taste, and they don’t mind spending extra to get the quality they desire.

For these people making money usually isn’t a big deal. Money seems to naturally flow towards them, and they usually gain it through some creative profession where they combine pleasure with usefulness. They have many opportunities to earn money and their income constantly increases.

Even when they aren’t wealthy, these people seem to always have the money to buy what they want.

People with Venus in 2nd house might be prone to spend their money on art, personal items, and entertainment.

They want only the best and sometimes the sums they tend to spend on these things can be surprising to others. They are often collectors of artworks, jewelry, luxury furniture and other items they can always cash-in when needed.

Many of them consider their spending as a way of saving money because they can always sell the items they’ve collected.

Many of people with Venus in second house have excellent taste and people admire them for that. They have talent for decoration and their surroundings are usually beautifully decorated.

They notice beauty where others don’t see it, and they don’t always need to pay for it a great amount of money. They enjoy being admired by others for the things they possess and the taste they have.

These people usually enjoy giving gifts to others, but also enjoy when others give them presents.

Their taste is not easy to satisfy and one of the best ideas to give to these people is money, or if this doesn’t sound like a good idea, ask them what they want in the price range you are willing to spend on their gift.

These people might be prone to buying affection from others through gifts, especially in men’s charts. This might be an indication of relationships with materialistic women who expect material expressions of love from their man.

Women with Venus in 2nd house are usually very fond of jewelry. This position might indicate someone who collects coins as a hobby.

If Venus is well-placed in the second house, this could be an indication that the person is born wealthy already. It is possible that they never had to struggle for money because it was already provided for them by their parents or their ancestors.

Because they are so used to having money, for these people might be unimaginable not to have it, or that someone else doesn’t have it. This placement could make people snobbish and looking at others who don’t have as much from a position of superiority.

In general, these people love spending money, but if Venus is afflicted it could make the person be prone to overspending and reckless with their money. They might not pay attention to their financial security and buy things they don’t need just to show off.

Their behavior might in some cases ruin them financially, especially if Venus has bad aspects with malefic planets. It is very important for people with afflicted Venus in this position to learn how to control their spending urges.

Fortunately, the position of Venus in second house is not easily corrupted, and the person might consider themselves blessed for life with good financial fortune.

The position of Venus in second house in synastry can create a very possessive relationship between two people. The Venus person might enjoy buying things to the second house person and in some cases spoiling them with their attention.

The Venus person admires the second house person’s skills and talents. This gives them confidence and supports them in pursuing their endeavors.

The Venus partner might help the second house person find suitable opportunities to express their creativity and talents and gain money along the way. This person’s presence in their life might help them become wealthier and improve their finances.

This combination between the natal charts of two people is often an indication that the partners share the same values. In some cases, the Venus person might consider the second house person as their possession.

The person with this placement of Venus loves beauty and doesn’t have a problem spending money to provide it.

When someone’s Venus is in another person’s natal chart, this is a good sign for their relationship. They both respect one another and have similar taste in beauty.