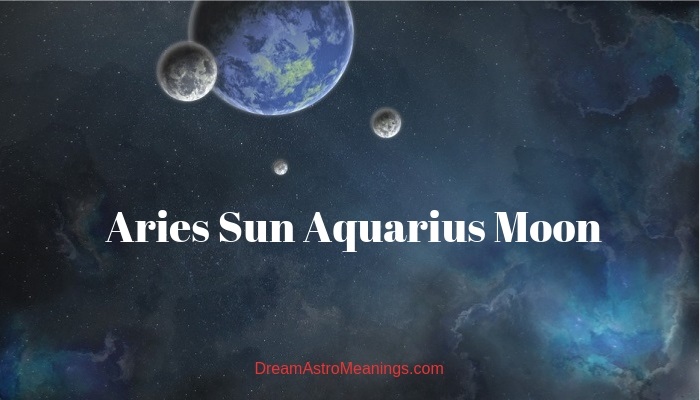 Each person’s destiny is written in the stars, according to astrology, a discipline as old as civilized life is.

People have been always turning to heavens, in search for answers to questions no official science or approach could ever answer.

We know much about the world we live in and yet, we have great difficulties in trying to answer questions about who we really are.

Astrology is more than generalized horoscope, based on one’s native zodiac sign.

Short daily horoscopes are for wide audience and they do not give many details or specifically valuable information.

Individual horoscopes are completely a different story. They are delivered form your birth chart, based upon several valuable information you give an astrologer.

One’s date, time and place of birth reveal the image of the sky at that very moment in the past. Astrology claims planetary position at the time of one’s birth shape up one’s personality and affect their lifeline; we could even call it a storyline.

However, it depends on you how you would use information offered.

By giving you valuable information based on your birth chart, an astrologer actually introduces you to potentials you have; a natal chart gives you better insight into who you really are.

By knowing such things, you have an advantage of using them the better way than you might do if you did not know about any of it.

Your ruling zodiac sign is the core of your horoscope, but other elements greatly affect them

The Sun is the first of personal planets. Technically, it is not a planet, but a star, of course.

However, in astrology, both the Sun and the Moon are considered planets, just as other heavenly bodies in official Solar system’s scheme. Western astrology is based on the Solar system. Thus, the Sun represents the center of it and the center of one’s birth chart.

It is called a personal planet, because these are related specifically to one’s personal traits, character and temperament. They are the Sun, the Moon, Mercury, Venus and Mars. Each one represents one of the essential parts of your personality. The Sun is the core of it.

The Sun is your Ego, your manifesting qualities, ambitions, your vitality and your will for life.

Since the Sun affects your temperament, attitude and general personal traits, the sign the Sun is in your natal chart shapes them up. This is the reason we think of someone as ‘a typical’ Aries, a Leo, or another one.

You act according to characteristic of your native sign. However, no one is an ideal native, because other elements are to be considered.

People born with the Sun in Aries, native Aries people, are courageous, daring and active.

These people see always to do something, especially physical. They have to be on the move and they hate waiting for things to happen. Their attitude towards life is optimistic and positive, even though they sometimes act foolishly and make big mistakes.

You could easily dare them take any challenge, because they love it. Even if they lose, they will quickly gather themselves up and move forwards.

They hate losing, but are strong and not very emotionally fragile. They might get angry, even furious, but they recover quickly. Failures do not make them desperate, but furious and driven to make it better next time.

These people are focused on personal development and not particularly empathic or compassionate. However, they are not a type of people to deceive others, play gales and tricks on people.

They are honorable and brave. Depending on other aspects in their birth chart, they have qualities of amazing, inspirational leaders.

If aspects are bad, they become dominant, controlling, extremely stubborn and even aggressive.

Overall, with the sun in Aries, there is not much doubting or reconsidering. These people are determined about everything they would like to do. They seem unstoppable.

These people are honest. They would make sure that their attitude is clear. They prefer action to words.

The Moon is about the emotional fulfillment and it perfectly correlates the energy of the Sun.

We need both our reason and our emotions in order to function at our best. Finding the balance between the Moon principle and the Sun’s vital energy is the greatest wisdom. The Moon makes us dream and fantasize.

It helps us feel the world, not simply perceive it logically. It paints our world with emotions. The Moon is our inner voice.

If the Moon is in bad aspects in one’s natal chart, it could become very turbulent for that person. It makes one irritable, anxious, insecure and moody. The Moon changes positions quickly, so it greatly affects our mood in general.

Even some official disciplines prove the Moon affects the way we feel. In astrology, the Moon also symbolizes our true, deepest needs.

People with the Moon in Aquarius bring their emotional self to another level of being emotional. They are great philanthropists.

These people have strong inborn need to help the whole humanity, not simply an individual. They put emotions on a larger scale. This could be an advantage, just as it has its bad sides.

Aquarius Moon people often see as if it is their purpose to save the humanity from corruption and all sorts of problems.

These people find great emotional fulfillment in helping others. They boldly stand out for those who need support, help and who cannot defend themselves. You could often find them leading revolutionary movements for the sake of the better world.

They want to make the world a place good for all people to live in. They are tolerant and understanding.

However, paradoxically, they also show a great degree of intolerance. They cannot stand injustice and bad treatment of those whom they perceive as weak and fragile. Aquarius Moon people want equality and understanding.

They believe in a global community and they are truly cosmopolitan in their views. They enjoy meeting new people and trying to understand their lives.

Aries Sun Aquarius Moon have predispositions to change something in the world for real.

With their idealistic views and enthusiasm for the better world, along with their humanitarian nature, combined with fierceness and daring spirit, these people could really make a change.

People would gladly follow such one. What s very important is that these ones are authoritative and dominant, but not aggressive. Aquarius Moon softens raw energy found in Aries and makes it peaceful, yet determined and strong.

These people express both leading and diplomatic skills, which makes a remarkable combination. They love people and people love them back.

These people are the best described as involved. They care; they truly care about the world and the people.

They are philanthropists, pacifistic and oriented towards making a change for the sake of all. They are not selfish. Aries gives them high self-esteem and strength, but Aquarius orients it towards wider image.

They do not stay focused solely on their own personal development, but they develop themselves for the sake of the whole humankind.

They sometimes lack patience. Their enthusiasm for helping the world could turn bad, because they sometimes cannot hold still but to act.

They sometimes act impulsively and make mistakes that affect more than one person.

They are also stubborn and very persuasive, meaning they would even try to force others believe what they would like them to believe. They possess certain amount of fanaticism, which could be dangerous.

Aries Sun Aquarius Moon are not likely to start a long-term relation early own. They extremely value their freedom and independency. Moreover, their focus on a wider picture, such as loving the whole humanity, makes them distant from single individuals.

Paradoxically, they are in love with the world, but distant from their closest environment, often including people.

They love to experiment and explore, so they would not commit themselves easily. They do not like conventional idea of marriage and would like it to be somehow unique.

They cross limits and do not have taboos. In a relationship or marriage, they need to save their space. They have to remain individualistic and free in spirit.

Aries Sun Aquarius moon may appear distant even in a romantic relationship, but they care for their partner greatly. They are loyal, once they commit, no matter how unconventional the relationship is.

Their love is pure and sincere. They would never betray a person they love, which definitely applies on their family and married life.

The best match for these individualistic idealists has to be someone who truly understands them or, at least, who wants to understand them and accept them the way they are.

They want someone who shares their enthusiasm, someone who would stay side by side with them while changing the world together.

Aries Sun Aquarius Moon are people enthusiastic for great ideas about the humanity.

They find satisfaction in helping people and it drives them and keeps them motivated. They can always find something to do about it and it fills their hearts.

These individuals are free-spirited, unconventional and of revolutionary nature.