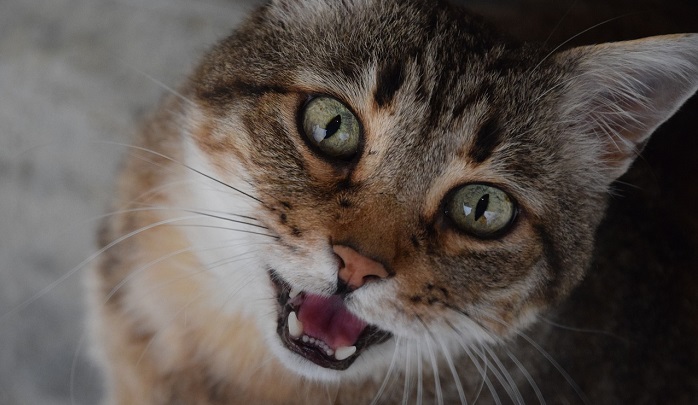 One of the most magical representatives from the animal kingdom is, by all means, the magnificent, beautiful and the elegant Cat. Cats have been associated with countless number of beliefs and superstitions.

These amazing animals have always fascinated humankind. You may like them or not, but there is no way one could remain indifferent in a cat’s presence.

Cats seem to care not about what we think and do. They could be the most adorable and cuddly pets, while also the most vicious and rebellious ones. It depends on a cat’s mood and character. Yes, they act very differently amongst themselves.

No one can actually explain why cats behave this or that way towards humans. Well, they will be cuddly if seeking food, if you are the one to provide for them.

On the other hand, if they do not want something from you, they would just look through you with these beautiful eyes and make you wonder.

Some traditions consider cats evil animals and evil spirits incarnated in a shape so lovely, while some societies adore and worship cats. Even in folktales and beliefs of one isolated tradition there could be different opinions on cats.

Cat behavior has always been subjected to analyses, in terms of its mysterious dimension, beyond scientific and natural explanations of why cats do what they do.

If you have a cat, you have certainly been wondering why it sometimes cries and mews for absolutely no obvious reason and then calms down.

It seems as if it wants to communicate with you, but you cannot translate it.

Cats have always been associated with numerous beliefs. They have been adored and worshiped, just as they were considered demoniac and evil ones. In Ancient Egypt, cats enjoyed divine titles.

They were associated with Bastet, the cat goddess. Bastet protected peoples’ households and she was the goddess of comfort and protection. Cats were praised in Egypt, as in many other cultures, for exterminating pests that could damage food resources. 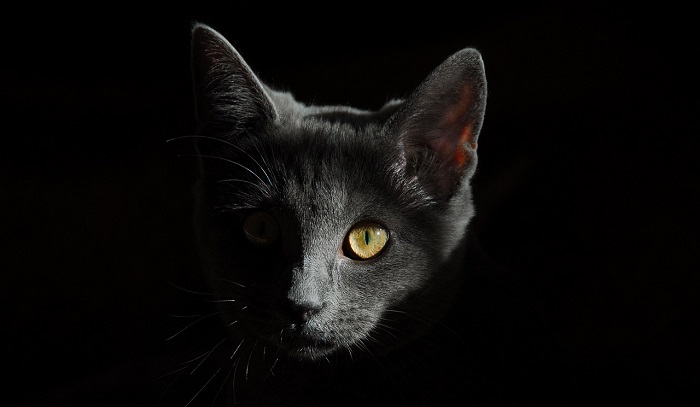 Egyptians would often bury a cat with all honors as to a noble human. They would carefully mummify its body, along with mice that were meant for the cat to eat in its afterlife.

In China, there is a superstition about white cats and their nightly activities. Chinese believe white cats walk over rooftops and steal moonbeams!

An incredibly interesting belief, but it does not actually mention if those white cats meow at moon or not. We could guess they possibly do and they are considered mischievous spirits.

However, Celts thought black cats had something to do with forces of the underworld. Some sources claim they even sacrificed black cats, considering they were evil. In medieval Europe, bad associations about cats flourished, especially about black ones.

Black is the color of night, obscure forces we do not know much about.

The very idea of the night, negative conception of cats, all lead to superstitions about cats crying at night.

Many of these superstitions are present all around the world. Rarely they have positive meaning, considering (miss)conceptions about cats and night.

Since the night distorts our own perception of reality and we already have cats associated with forces of the night, the outcome is pretty clear.

Cats crying at night are usually associated with bad news, misfortune, tragedy and evil forces in general. Nevertheless, there are still other interpretations.

An incredibly interesting Chinese myth tells about acts language, although it is not specifically related to cats crying at night folk beliefs.

According to the legend, in the first days of the earth, cats were given the ability of speech, as human speech (humans could not speak, neither any other living beings) and they were supposed to rule the world.

However, cats preferred playing under cherry trees, instead of organizing the world.

It became chaotic, so gods have warned cats several times to get themselves together and sort things out. Cat promised they will, each time, but it always ended with them doing their cat stuff.

Gods decided they are not fitted to rule the world, they took the ability of speech and the power from them and gave it all to humans. From that day on, cats could only meow, we guess.

If you think they were bothered by it, well, not at all. They have simply continued what suited them the best! If we loosely connect this story with the phenomenon of cats crying at night, it could even be understood as their message to gods that took them the ability of speech.

Maybe deep inside, cats still remember they were once rulers of the world, so they call on it again.

Spirits of the night and withes

All sorts of beliefs associate cats with (evil) spirits and withes. It is a fairly widespread folk belief that witches could turn into cats, especially black ones, in certain traditions.

Withes are often portrait with a (black) cat as their loyal companion. It is believed withes can shape shift into a cat.

What intentions a witch has, no one would know for certain, but it is rarely considered something good. Cats crying at night could be associated with this belief; it means that a witch is on with her magic spells.

In Eastern European traditions, cats crying at night (and cats in general) are often associated with spirits of the deceased. Specifically, they are believed to be an embodiment of dead children souls.

Cat crying at night is a soul of a dead child, lost in the worlds between. The more solemn the cry, the more unfortunate is the soul of the dead one.

South Slavic traditions all share superstitions about ‘drekavac’. It is a mythical being that cries at night and makes all sorts of noises, disturbing people in its environment.

This creature is depicted in all sorts of forms, but in some parts of the region, people believe they could take the shape of a cat.

Some believe they are an incarnation of sinful men souls or those of children died without being baptized.

A cat crying at night is believed to be this mysterious and unwanted nightly visitor. Its call is never considered positive. If ‘drekavac’ cries in an animal form, such as that of a cat, it is a bad omen and it means the cattle would fall ill or die.

Depending on a local tradition, cats crying at night are often associated with witches and spirits of mysterious nightly creatures, with not much positive energy.

Heralds of death and misfortune

People often ‘blame’ cats for their bad luck. Typically, the black one is considered unlucky.

However, let us remind you that in Britain, people actually consider a black cat the lucky one.

In different traditions, cat’s cry at night is commonly associated with bad luck. It is even believed this phenomenon is a sign of misfortune coming your way, if you here it. The most extreme interpretation says a cat crying at night means someone will soon die.

It is considered especially unlucky if a cat cries at night around the home of someone who is ill. It means he or she could face fatal ending, due to the disease.

This superstition most probably comes from general association of cats with evil spirits, demons and witches. Its call at night means nothing good. It is as if an underworld entity seeks for souls to take away.

It sometimes depends on where the cat that cries is. In some beliefs, it has to be on rooftops, so that its cry could be considered such an ominous sign.

However, a cat crying outside the house is usually taken as this type of a negative superstition.

Well, we think it is unfair to cats; they certainly have some other reasons to cry at night.

Although some people swear the phenomenon corresponded an unfortunate event, it could still be a coincidence.

Why cats cry at night?

However, there are actual reasons why cats might have the need to cry at night.

We consider cats magical and intuitive beings. While some tend to believe cats bring misfortune, there are reports on cats saving their humans from harm, exactly by crying at night.

There were cases of cats that did not want to escape the house on fire without waking up their humans. Some cats actually saved peoples’ lives, believe it or not, exactly by crying at night.

Therefore, next time you hear a cat crying a t night, open your eyes and see if there is any threat the cat might warn about. It is similar with dogs barking at night.

Both are often taken as an ominous signs. Well, it is bad that a danger approaches, if so, but these actions are meant to save you.

There are various ‘cat reasons’ for crying and meowing at night.

They meow at night at different phases of life and for different causes. If you have a cat, it may cry at night simply to show you that you are not alone.

Kittens could be very active during nighttime, since they sleep most of the day. It is advisable that you get tow kittens, so that they could play with one another while you sleep, instead of waking you up crying.

Cats cry at night because they are nightly active hunters. It is a call related to hunting prey, as well. Adult cats often cry at night when it is their mating period.

It is, perhaps, the most annoying sound you have every heard, but it is completely normal.

It is only a form of cats’ communication and not a sign of misfortune and negative outcomes of any sort.

Sometimes a mother cat meows at night seeking for her little ones. If your own cat keeps crying at night and there is nothing you can associate its cry with, maybe the cat does not feel well. You should probably take it to the vet.