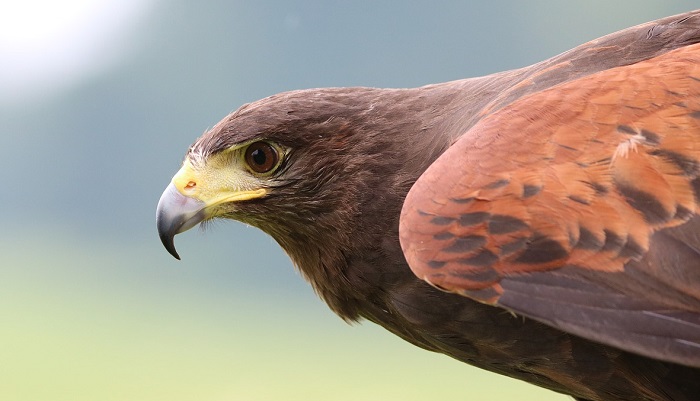 Hawks are birds of prey. They are known for their intelligence and lifetime attachments to one partner. They are mostly migrating birds. They are often considered messengers from the spirit realms.

They are also a symbol of wisdom, intuition, visions, psychic abilities, truth, spiritual awakening and development, as well as spiritual enlightenment.

Falcons are also symbols of freedom, vision and victory. They symbolize salvation from some kind of slavery, whether that slavery is emotional, moral, spiritual, or enslavement of another kind.

In Ancient Egypt, the hawks were a symbol related to pharaohs, greatness, gods, prayers, stars, the world, land, etc.

The hawk was related to the god of the skies and the sun, the god Horus. This god was presented as a man with the hawk’s head, or as a hawk.

The Egyptian symbol for the Sun is the Eye of Horus, which is a drawing of a stylized hawk’s eye. This powerful symbol symbolized the power of the pharaoh and signified protection from evil, danger and illness.

The hawk with a human head was a symbol of the transferring of human souls into the afterlife.

Hawks in the Bible

Hawks are widely spread birds in Palestine, the territory where most of the Biblical stories took place.

In the book of Job, chapter 39, verse 26 of the Old Testament, God asks Job: “Does the hawk fly by your wisdom, and spread its wings towards the south?” This verse talks about the laws of nature and all things unfolding according to these laws. Hawks, like other birds, naturally know when the time is to migrate and head towards hotter climates and they instinctively do that, governed by the rules of nature.

Hawks are also mentioned in the Old Testament, among other unclean animals, which shouldn’t be consumed by the Israelites. The first time they are mentioned as unclean is in Leviticus, and the second in Deuteronomy of the Old Scriptures.

Namely, in the third book of Moses called the Leviticus, in chapter 11, God tells Moses which living things may or may not be eaten, and which things are clean and unclean. In the verses 13-19, God mentions the birds which should be abominated, and says that among others, eagles, vultures, buzzards, crows, ostriches, hawks, sea gulls, owls, pelicans, storks, herons, hoopoes, and bats are also disgusting, and people are forbidden to eat any of them. 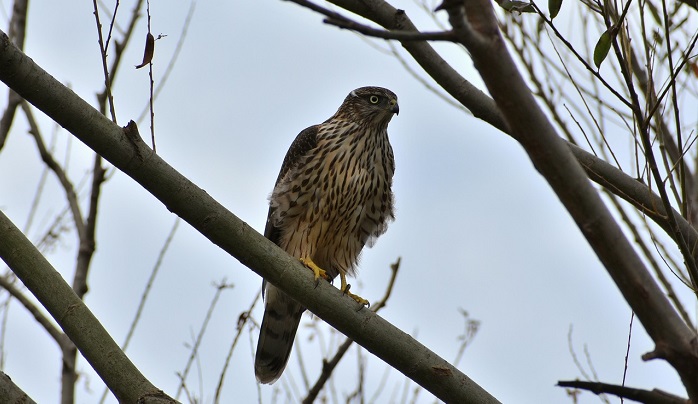 The similar is said in the book of Deuteronomy in chapter 14.

The book of Job also mentions the hawks’ vision in chapter 28. This book of the Old Testament talks about a man called Job, described as an honorable man blessed with all kinds of riches. Satan tempts Job with God’s permission and destroys his children and property, but he doesn’t manage to take Job away from God’s ways and lead him astray.

Chapter 28 of the Book of Job talks about the wealth which comes out of the earth. It also mentions that wisdom can’t be bought. Wisdom is equaled with fear of God and departure from evil is equaled with understanding.

This chapter mentions some of the earth’s riches which even hawks’ eyes have never seen. In other words, the earth is full of yet undiscovered treasure, which cannot be easily found.

Not even birds which are led by instincts in searching their food, crossing great distances in their migratory paths, unmistakably finding the same nesting places when they return from their long voyages, crossing oceans and mountains, cannot seem to reach there.

The probable meaning of these verses is the idea that although man has discovered much of the earth’s wealth, there are still many riches in the earth, remaining hidden from the sight of man.

Those are mostly hidden minerals and other underground contents.

The other message of these words might be that we might think we know many truths about life and the planet itself, but in reality, there’s much more content hidden from our knowledge, than the one we are allowed to discover and use.

In the Book of the prophet Isaiah, the hawk is mentioned several times. First in chapter 34: “There the owl nests and lays and hatches and gathers her young in her shadow; indeed, there the hawks are gathered, each one with her mate“. This verse could be a reference to the hawk monogamous nature, and the fact that it often mates for life. These words emphasize the importance of a monogamous relationship as well as taking care of one’s offspring.

Hawks are also mentioned on some other places in the Bible. For example, in the Book of the prophet Jeremiah, in chapter 12, it is mentioned: “My chosen people are like a bird attacked from all sides by hawks. Call the wild animals to come in and join in the feast!” In another translation this verse is: “My people are like a hawk surrounded and attacked by other hawks. Tell the wild animals to come and eat their fill.”

These words speak about the suffering and attacks people who are devoted to God suffer from the nonbelievers. God compares these attacks with the attacks of wild birds of prey, such as the hawk and other wild animals.

The Old Testament mentions the hawk once again in the Book of Daniel. Daniel foretells the downfall of the Babylonian king Nebuchadnezzar who besieged Jerusalem, by interpreting his dream.

Daniel’s words became a reality: “It happened at once. Nebuchadnezzar was driven out of human company, ate grass like an ox, and was soaked in heaven’s dew. His hair grew like the feathers of an eagle and his nails like the claws of a hawk.”

In Christianity, the wild hawk symbolizes the materialistic and nonbelieving soul loaded with sins and bad deeds.

When tamed, the hawk is a symbol of a soul converted into Christianity and accepting all its beliefs and virtues.

The biblical meaning of seeing a hawk

Hawks have excellent eyesight, and they are a sign of clairvoyance or seeing things beyond the visible realm.

The appearance of the hawk in your life could indicate becoming aware of the incredible gift you have to see the future and the things that are yet to come, so you can help yourself and others.

This bird could also be a sign of the awakening of other psychic gifts you possess, like heightened intuition or inner guidance which leads you towards the right decisions and choices.

The hawk encourages you to embrace these God given gifts and not allow them to be wasted.

God has blessed you with them for a reason, so respect and appreciate them and use them for the good of humanity.

Hawks usually have one life time partner and they part ways when one of the pair dies. The hawk appearing in your life is a sign of an undying and divine love you desire and deserve.

Hawks also symbolize unity and devotion. A hawk appearing in your life is a reminder from the Universe to get yourself surrounded with people you love and trust. Rely on them when times are difficult.

Hawks are considered Divine messengers. They also fly high and have great vision, so they are able to see the bigger picture of things. When they enter your life, they are often a message from the Universe to look around for some answers.

Maybe you don’t see all the details of a situation and you need to take a broader perspective on some matters so you can make the right conclusions and decide properly. The answers are close to you; you simply need to change the way of looking at things.

Hawks sometimes appear in our dreams as messengers from the Divine and the spirit realms.

Remember the details of such dreams because they carry important messages for our current life situation and our future in general.

The details will point out to the areas of your life you need to focus on.

This dream could be a sign of the development of your spirituality and a clear sign of your advancement towards spiritual enlightenment.