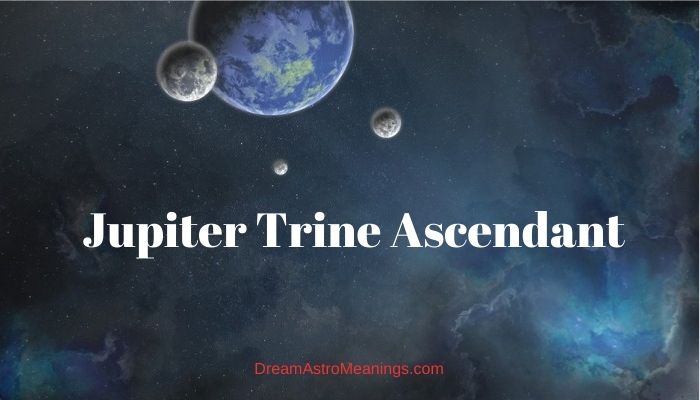 These people are optimistic, self-confident, and capable of broad cooperation, harmonious contacts and predisposed to achieve happiness in marriage. They are popular due to the fact that they know how to show themselves to others from their best sides.

Their generosity and goodwill provide them with wide support and friendly cooperation. They are adept at dealing with the general public and are capable of enthralling others, which, in particular, can contribute to success in the field of advertising.

He is a witty and sociable person who loves entertainment, knows how to enjoy life and often becomes the soul of society.

Sometimes he is too talkative and superficial. Seeks to use his abilities in the fields of jurisprudence, charity, metaphysics and religion.

The planet Jupiter in astrology is responsible for expansion, development, generosity, optimism, travel, science, philosophy, religion. Jupiter rules the zodiac signs Sagittarius and Pisces, as well as the ninth and twelfth houses.

Jupiter, the largest planet in the solar system, is traditionally known in astrology as the “Great Benefactor”, who was revered by the ancients for bringing prosperity and good fortune, in addition, he was associated with the clergy and religious rituals.

The astrological purpose of this planet is to strengthen, expand, and do something productive and profitable, a sense of self-confidence, a spirit of hope and optimism.

Psychologically, Jupiter embodies the archetype of paternal generosity, which is where your self-confidence, your ability to open up new horizons, accept life as it is, and your drive to develop physically, mentally and spiritually originate. In order to activate the positive influence of this planet, the talisman of Jupiter is used.

Jupiter is often associated with good luck and is responsible for material, spiritual and intellectual development. He multiplies everything he touches.

This is certainly a good quality, but if it is in excess, it can lead to excess, a tendency to take risks due to excessive optimism, or depletion of resources due to wastefulness.

Lack of energy on this planet can also lead to unfounded ideas about their own exclusivity. If Jupiter is weak in the natal chart, then a feeling of inadequacy, skepticism, sluggishness and pessimism may arise.

The influence of the planet expands the boundaries of the personal to something larger. He puts his own fate and luck into your hands, but subject to action on your part. “In motion – life” – this is how the Jupiterian principle can be characterized.

It distracts from self-preoccupation and gives an idea of ​​something much larger. Knowledge of the world deepens and it is often possible to see future possibilities. This is the ability to make plans for the future and believe that whatever the dreams are, they are achievable.

By focusing on what makes you feel bigger and better, you determine your own destiny. The ancient Roman poet Virgil said: “We create our destiny by choosing the gods.”

Taking the right action allows you to live a fuller life. Jupiter reflects life and brings it back in the form of providence and good fortune.

The position of Jupiter in the natal chart shows whether you have such qualities as faith, confidence, optimism, and if so, to what extent. He points to those areas where life will present you with opportunities and favorable chances, send people who will help you achieve your goals. In astrology, Jupiter symbolizes generosity, spiritual generosity and benevolence towards others.

In ancient mythology, Jupiter was the keeper of the light, and in astrology he personifies the desire to step into the unknown. Jupiter dates back to the Etruscan god of thunder, but became known as the ancient Roman king of the gods and the keeper of light.

He was known to the ancient Greeks as Zeus. He symbolized light, justice and honor. In the natal chart, Jupiter means the desire to reach out to the unknown, which is outside the sphere of personal experience, to see something all-embracing, to feel life in its entirety.

This planet also symbolizes the ability to hypothesize, draw conclusions, and get an idea of​the whole picture, although sometimes at the expense of small details. In other words, Jupiter is associated with synthesis, while Mercury is associated with analysis, i.e. with the method of cognition, using the dismemberment of the whole into parts.

Jupiter shows situations in which a person can be arrogant and arrogant, convinced that he is the bearer of truth. This can manifest itself where people are prone to excesses, seeking to compensate for feelings of inadequacy, arising either from excessive optimism or due to complacency.

At the same time, a person often reads sermons to others, although he himself may behave even worse.

Intuition and discernment are the strengths of the planet. As the second ruler of the sign Pisces, associated with intuition, he embodies the ability of non-rational knowledge of the world.

He has the ability to transform these qualities into a body of knowledge or a belief system on which expectations from life and ideals are built, be they spiritual, material or philosophical. When you are depressed or upset, these beliefs instill belief that life does make sense, and will help you return to life mentally and physically.

When you have where to turn, you feel more comfortable, and Jupiter in astrology symbolizes the need to do everything in a big way. He always sees the glass as half full, not half empty, which betrays an incorrigible optimist in it.

It doesn’t matter what challenges life throws you and what prospects await you – his energy is able to revive faith in life and bring the matter to a positive conclusion.

Trigon brings good luck that works constantly. Of course, if you sit back, then the return will be less, or a lazy and imposing attitude towards life will appear, which itself brings in hand everything that Emelya wishes on the stove.

However, an active person, grabbing happy chances and looking far into the future, will be given even more. Especially when the second participant of the aspect is the planet of prosperity and wealth – Jupiter.

Such a trigone provides the ward with all the benefits of the Universe: health, luck, financial prosperity, the location of higher ranks, constant spiritual development and business expansion.

Only the figure will have to be monitored carefully: Jupiter increases not only well-being, but also creates excess weight in the conditions of the offered luxury.

Possibilities of the trigon Jupiter – Ascendant Lovers of grand gestures and theatrically furnished good deeds have a royal appearance and generous nature. They are optimistic, noble and love live contact with a huge audience. Influencing opinions and guiding people towards high goals is easy, because generosity, goodwill and compelling personal charisma delight crowds of fans.

This is the case when even the enemies like the native a little, and they will not cause serious harm. Friends are of great importance in life, which is especially pronounced if Jupiter is in the 11th house or is associated with its ruler.

Thanks to his comrades, the owner of the Jupiter-Ascendant trine attains a high social status, and this happens faster when they are his colleagues at the same time.

Teamwork related to public activities: politics, theater, business and charity brings monetary prosperity, and if the planet of happiness is in the 3rd house, it will be an incredible educator, gathering full audiences of students.

6th house is an indicator of professional success in medicine and humanitarian missions, service for the good of the Motherland.

But for the quick achievement of goals, it is important to take into account other gifts of the trigone: a representative appearance, a large head, lush curls, a wide turn of the shoulders, but men have a tendency to increase the abdomen with age.

optimism, self-confidence, king’s charm, extensive knowledge in various fields and a passion for learning; the ability to attract money with one desire and strengthen financial positions with investments; brilliant organizational skills, the talent to bring even bankrupt firms to leadership positions.

Wit, enjoying the pleasures of life at the same time with loved ones: dining in a luxurious restaurant is tastier with friends and giving gifts is more pleasant to others than to yourself; success in cooperation with foreign partners or while working abroad.

At the same time, 90% of representatives of this aspect are superficial and frivolous, especially if Jupiter or Ascendant is in the air signs.

They do not like when people are too attached to them and depend on their patronage. Helping with pleasure at the start, the native cannot stand being a cash cow and does not tolerate infantilism.

The problem of men and women with this aspect is that at the first meeting and the following months of courtship, they appear to the chosen ones as educated, subtle poetic natures with high spiritual aspirations.

This is indeed part of their nature, but no more than a social mask that hides tremendous ambition, jealousy and a penchant for adventurism.

Yes, more often than not, a man with the Jupiter-Ascendant trigon breaks a big sum of money by investing all the family’s money in a risky venture, but will his wife like constantly worrying about the future?

A woman with this aspect will prefer career races to home comfort. Fame and wealth excite the native’s imagination, and the desire to become their owner will not allow them to belong entirely to the family.

Good partners are the owners of Mars and Venus in the signs of fire, earth and air. In any case, the carrier of the Jupiter-Ascendant trine will respect only those who are building a career and making money, even if it is a life partner.

The main factors of success in fate are partners that influence personal growth and long trips, where a person draws the wisdom of other cultures, exchanges experience and knowledge, and makes useful contacts.

Even if there is no opportunity to travel constantly, the Internet will become a source of compensation, where the native will be able to communicate, learn and get acquainted, which in the future will serve for the benefit of financial and personal success, and possibly a prerequisite for a happy marriage.

People with the trigon Jupiter – Ascendant are somewhat superficial and easily grasp “star fever”, so it is important to engage in spiritual practices: meditations, prayers, as well as arrange fasting days (working on Saturn to remove obstacles) and engage in astrology to understand the tools for harmonizing the risks of your natal chart.

They need talismans made from natural stones that help in the quick attraction of the desired wealth, but without losing spirituality and connection with the higher intelligence of the Universe. One is expected to wear yellow sapphire, amethyst, charoite, chrysocolla and fluorite, set in gold.