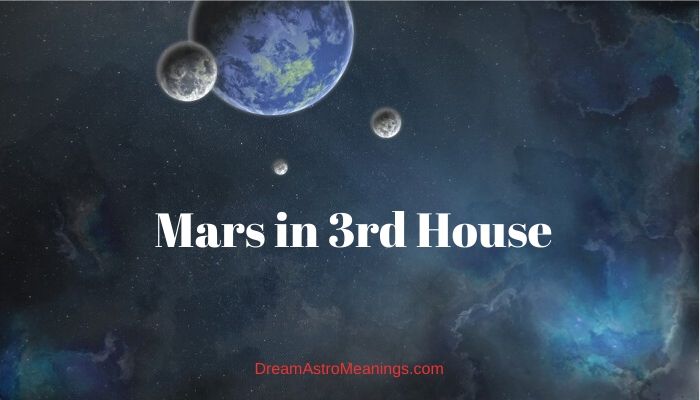 When it comes to discovering things about people and situations, astrology is unrivaled. This millennia old study of the stars has answered questions of people around the world for centuries and it continues to do so.

Astrology can give information about personality traits, interests, outcomes of situations and relationships, and other matters.

An experienced astrologer can make incredibly accurate analysis and predictions. Making the most of astrology takes a lot of experience and knowledge.

Astrology analyses the meanings of the positions of planets in a natal chart made for a certain moment of time, in many cases, the moment of someone’s birth. The basic analysis involves the planets in signs and houses and their aspects.

The astrologer can gain a lot of insight from these positions, but there are some other techniques in astrology, like progressions and transits, as well as other analysis which can give even deeper insight in the subject they are analyzing.

Astrology analysis starts with a birth chart. This chart represents an image of the sky in the chosen moment.

The birth chart has 12 houses and the planets are placed inside these houses. The making of a birth chart is not an easy task, and it requires time and knowledge.

However, nowadays, there are a lot of computer programs which make this job easy and it takes only seconds after inserting the required data in the program.

The analysis of a birth chart is a serious work if accurate results are required, and the astrologer should possess a lot of experience and knowledge of astrology.

The houses in the birth chart rule different areas of life. The houses can give us answers to any question that might come to mind.

The most insightful are the houses with planets inside, because they reveal the focus of attention and action.

The planets inside the house influence the ruled areas with their meaning and energy. The planets give additional information about the matters ruled by a certain house as well the events that might happen in the future.

Mars is a powerful little planet. It is called the “red planet” often because of the red iron dioxide which is present on its surface. There are some similarities of Mars to our planet, which is why people speculate that life will be possible there one day.

Because of some evidence brought from Mars, some people even consider that life was present on this planet in the past.

The name Mars comes from the Roman god of destruction and war. In astrology, Mars also rules these areas.

When Mars is afflicted in the natal chart the person gets its negative traits. This person could gave a violent temper and be prone to aggressive behavior. They might act inconsiderate without respecting others and caring about their feelings.

People influenced by Mars are energetic and passionate; these people are unstoppable and it is not easy to stop them when they are determined to achieve their goals. They don’t let others influence them. They can be stubborn and often feel they know everything best.

They have strong will and determination. They don’t let obstacles discourage them and they tend to confront them as they encounter them.

These people are very confident and ambitious. They can be impatient and rush into things without giving them much thought. This helps them to succeed and achieve the goals they have.

People with strong Mars in their natal chart often have a controlling nature and are prone to influence others telling them what they should or shouldn’t do.

They seem unaware that they are doing to others what they don’t allow others doing to them. Their nature is dominant and they often have a desire to control others.

Sometimes they get angry at people who refuse to obey their will and listen to their commands.

In general, these people are good organizers and have great leadership skills. They can be prone to manipulations and have a competitive nature, always desiring to be first.

In most cases, these people are very passionate and have magnetic influence on others, especially those with strong Scorpio influence in their chart.

People love their energy and they naturally incline to their leadership. People often admire them and fear them at the same time.

The third house is ruled by Mercury and corresponds to the sign Gemini. It is the house of our neighbors and neighborhood, our siblings, describes the way we communicate, our daily movements, self-expression and creativity, the way we make our decisions and our thinking process, etc.

The third house reveals the way our brain functions and the preferred ways of communication, for example via phone, in person, through messages or some other way.

This house reveals the way we speak, write, think and reason. It also shows how we analyze the information we receive and the issues we encounter daily.

The 3rd house shows how we learn and what are our preferred sources for learning. This house is the house of our teachers, elementary education, courses, trainings, books, etc.

It reveals the basic skills gained through our elementary education. It can reveal the sources for our information about our surroundings. It rules messages and news.

This house indicates the knowledge we gain from people that are in our surroundings as well as from our siblings.

The third house shows our preferred ways of making contacts with other people and the way we tend to communicate with them. It reveals whether someone has a problem communicating to others or not.

If there are problems in communication this house reveals what these problems might be.

The 3rd house shows how the person usually communicates with people from their surroundings or their brothers and sisters. If there are planets inside the third house they add more information about the subjects related to the third house.

They show whether the person is open and easy going when it comes to making contacts and communicating with others or not. They can also reveal potential issues the person might have regarding the matters ruled by the third house.

If there are malefic planets inside the third house, the person might experience problems with their neighbors and this could often be a sign of conflicts, arguments, and even violence between the person and their neighbors. This could also refer to the person’s siblings.

The person with malefic and/or afflicted planets inside the third house could indicate a person who has problems with communicating to other people; this could also be a sign of someone who is prone to rude and aggressive talk, conflicting attitude, and other issues in communication.

Malefic and afflicted planets inside the third house could also be a sign of traffic accidents and problems with vehicles; the issues could also be related to means of communication like phones and computers.

If there are benefic and well-aspected planets inside the third house, the person is communicative and fun to be around.

This person makes acquaintances with ease and is communicative. They also enjoy listening to news and desire to be informed.

They don’t have problems expressing their thoughts and can be excellent speakers but also excellent writers. They also love driving and are good drivers.

Mars is considered a malefic planet, although its influence doesn’t have to be very bad if it is well-aspected and neutralized by the beneficial effect of other planets.

People with well-aspected Mars in 3rd house are usually very energetic and in pursuit of expanding their knowledge.

They have powerful mental energy and interested in all areas related to the third house. They might be a person who is always in some action unable to sit still, whether learning new things, doing fun stuff with their siblings or hanging around their neighbors, going on short trips, and doing other things.

These people don’t have a problem openly expressing their opinions and they are very honest, and open-minded. They are quick-thinkers and enjoy being stimulated by intellectual challenges.

If Mars is afflicted in the third house, this could make the person prone to traffic accidents, car breakdowns, conflicts and disagreements with their siblings and neighbors, which can in some cases, turn violent.

They might be sharp and often ironic and sarcastic in their communication to others, not paying attention to whether their words could hurt someone. They could also be prone to forcefully impose their opinions to others.

Mars in third house can be very provocative and people can be irritated by their attitude, which is often undeserved by the people they communicate with.

In most cases, Mars in 3rd house can be overprotective towards their brothers and sisters. They are prepared to fight for them and protect them at any cost.

People with Mars in third house are not patient and this could cause a lot of problems for them. They might jeopardize their life and the lives of the passengers who drive with them through the lack of attention and caution while driving.

When it comes to making a point and giving arguments to support their ideas, these people are incomparable. Not many people can give them an adequate response and be able to defend their stand against the Mars in third house person.

People are often scared of their reaction and afraid to confront them because they are aware that this person must have the last word in any argument. They rather choose not to oppose them and avoid listening to their dramatic speech on the matter.

These people can be very impulsive and prone to take action without giving it much thought. They are very curious and won’t stop until they find the answers to the questions they have.

They enjoy expressing their opinions and love to debate even though they love winning in every debate because they have a very competitive nature. They especially enjoy debating and arguing with their siblings about who is right about some matters.

Even though they might enjoy a good confrontation of opinions with their brothers and sisters, they fiercely defend them if someone else attacks them or tries to argue with them.

When someone’s Mars is in another person’s third house, this is an indication of energetic communication between the two people, mental as well as verbal. They enjoy talking to each other and exchanging their opinions about different matters.

When Mars is afflicted, this could be a sign of arguments and conflicts between these two, especially regarding subjects of the third house.

The Mars in 3rd house position is usually a sign of a person with a sharp mind who is very curious and in pursuit of expanding their knowledge. If Mars is afflicted this could be a sign of accidents and conflicts with siblings and neighbors.

When Mars is in third house in synastry, this could be a sign of conflicts and disagreements between the partners and oftentimes traffic accidents they could experience. If Mars is well – placed they might enjoy in their energetic conversations.