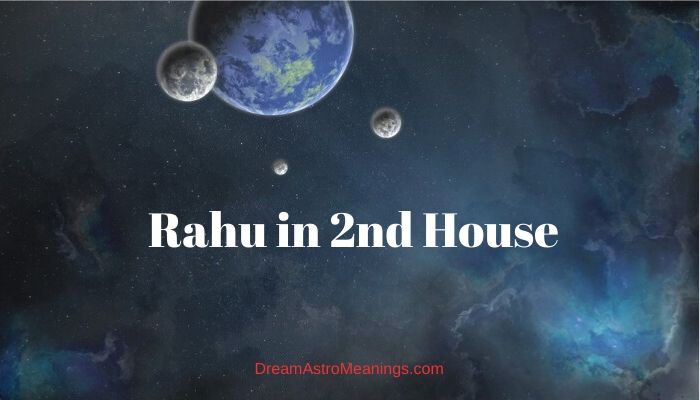 Hindu or Vedic astrology originates from ancient India. Like Western astrology, Hindu astrology analyses how the planets affect humans and their lives.

Practicing astrology implies knowing the exact positions of the planets in a certain moment and creating a birth chart for that moment.

Hindu astrology tries to determine the personal traits and karma of people. Indian astrology is based on the idea that lives and events are predestined and that people are incarnated in an exact predestined moments of time.

The birth charts are usually created for the moment of someone’s birth, but there are other types of analysis.

The analysis of the planets in the birth chart and relationships between the planets gives the astrologer the necessary insights about someone’s personal traits and possible destiny. The most significant are the signs and house placements of the planets.

Like in Western astrology, Hindu astrology also has 12 houses. The houses with planets inside are the most important ones because they give the most information. These houses are strongly influenced by the planets placed inside.

The houses can also be divided in the following trinities:

In Hinduism, Rahu is presented as a snake swallowing the Sun or the Moon, causing eclipses of the sun.

Rahu also referred as the north node of the Moon is considered a planet in Hindu astrology, even though it doesn’t exist. Rahu and Ketu are the points of intersection of the Sun and Moon pathways. Rahu is the north node and Ketu is the south lunar node.

Eclipses occur when the Sun or the Moon find themselves on one of these points.

Rahu is considered a shadow planet, symbolically called the head of the dragon. Rahu has a bad reputation; it is a rebellious planet, which inspires opposing society norms and fighting authorities.

It is considered that its main traits are secrecy, deception, manipulation, and naughtiness. Rahu represents the dark side of everyone.

Rahu can sometimes give fame and popularity to the person, especially in the field of politics. Rahu also gives people authority and position in government institutions.

Rahu is the ruler of our materialistic desires and goals. It rules the fulfillment of desires and the sign where Rahu is placed usually reveals the areas where these desires are focused.

Rahu in Cancer might be focused on fulfilling their motherly instincts and be obsessed with being a parent and having children. Rahu in Sagittarius might be obsessed and focused on travels and adventures which help their spirituality evolve.

Rahu’s sign describes how we are prone to use the manipulative side of our personality. It reveals how we act when we are trying to make someone do something or manipulate them in some other way.

Someone with Rahu in Cancer would probably use emotional manipulation, acting as incapable of doing something, or acting in a similar way, trying to provoke sympathy and the response they desire in others.

The sign where Rahu is placed also shows how we tend to seek recognition and /or fame. It also describes the addictions one might be prone to.

In Hindu astrology, similar to Western astrology, the second house is the ruler of financial matters and reveals potential for financial gains and wealth.

This house reveals whether the person is likely to be fortunate and gain wealth throughout their life, or they will experience financial misfortune and have financial struggles.

In Hindu astrology, the second house is the house of communication and reveals whether the person has the ability to express their thoughts in an appealing manner. Bad planets in this house might be a sign of dumbness and good planets could indicate an excellent speaker.

This house describes how we use our possessions to make our life beautiful and satisfying.

The second house is the house of money or Dhana Bhava. It rules all our financial possessions, jewelry, material goods, precious stones, wealth, and our ability to earn money and wealth.

It reveals our social reputation gained by the level of wealth and material possessions we own. It indicates how capable a person is to gain money and wealth, which doesn’t only mean through physical work, but any other means of earning wealth.

This is the house of financial potential of a person. It reveals whether the person is more prone to spending or saving money. It also reveals our debts and the way we handle them.

The second house rules the lower part of the face, the eyes, throat, neck, cheeks, mouth, chin, nails, nose, tongue, teeth. It demonstrates how well the person verbally expresses themselves.

If there are beneficial planets in the 2nd house like well-placed Mercury, this could be an indication of a communication related career and a person who is skilled at communicating their thoughts and desires. This could also give the person talents for foreign languages.

The second house is the ruler of close family members, like brothers and sisters, grandparents, aunts and uncles, etc. It also reveals how wealthy your close family is and how was the financial situation in your family during the time of your growing up and childhood.

This house also hides some of your bad habits, and tendencies towards overindulgence.

Because Rahu is considered a malefic planet, its placement in the second house is often not a good sign.

This placement is especially dangerous to the person’s finances if Rahu isn’t well placed and makes bad aspects with other planets.

It is a good advice for these people to be very careful when spending and loaning money because they might find themselves in grave financial situations struggling for money and to pay their debts.

If Rahu in 2nd house is well-placed, this could be a sign of a wealthy spouse or partner, and financial gains through marriage or relationships.

The person might also expect financial help from close relatives of their romantic partner or spouse.

These people might leave a strong impression on others when they speak.

If Rahu is ill-placed in the second house, the person might experience issues with their health in the areas ruled by the second house. Such position of Rahu might be the cause of great misfortune for the person and their close family members; this is often related to financial disasters they might encounter.

Bad placed Rahu in second house might make a person a spendthrift, spending recklessly without thinking about the future.

They might be very bad with their money, spending them on things that are of no use to them, possibly because they represent a status statement which they can show off to others as a sign of their exclusivity. They need to learn how to deal wisely with their money or they risk a financial ruin.

People with Rahu in 2nd house are very proud of their ancestors, and might have benefits from family ancestry.

They might have a high opinion of themselves and their origin. They strive towards being in the presence of influential and privileged wealthy people because they believe that they are at their level.

This is often a sign of inheritance from close family members of their spouse or romantic partner.

The Rahu in second house might cause the person many enemies. If Rahu in 2nd house is badly placed, this can be the cause of speech disorders. It might also be a sign of the person’s separation from a close family member.

This placement can also indicate fears and phobias the person might be suffering from.

Because Rahu symbolizes deception and manipulations, Rahu in second house could indicate the person being cheated and manipulated by someone who wants to gain something from them, but in many cases it describes the person as manipulative, prone to deception and cheating, and any other kind of insensitive and illegal activities.

Rahu in 2nd house can have different influence on the person, depending on its sign and aspects it makes with other planets.

If Rahu is well placed in the second house, the person might experience benefits from their close family members, financial aid and other kind of help.

These people often have wealthy partners and spouses and they can also benefit from their partner’s close family.

They are proud of their ancestors and usually have a high opinion of their origin and their role in society. They might expect beneficial opportunities for gaining wealth and abundance. They usually earn money with ease and they gain wealth with effort but without struggle. They are usually good speakers which people enjoy listening to.

These people are good in communicating their thoughts and often talented for learning foreign languages.

If Rahu is badly aspected in the natal chart, this usually creates issues related to the second house. The person might experience financial issues, bad investments, money loss, issues because of their overspending, etc.

These people love luxury and if Rahu is badly placed, this could lead to them irrationally spending their money and buying things they don’t need.

They might seriously jeopardize their finances, and try to resolve their debts by borrowing money from illegal resources, which can cause them problems with the authorities. They can be prone to criminal and illegal activities.

These people might also be prone to illnesses related to areas ruled by the second house, especially speech disorders. These people can sometimes have a tendency to cause deceptions, manipulative behavior, fears and phobias, and similar matters.

They often have problems with the law and lose money in legal disputes. They might have bad relationships with their close family members and separate from them.