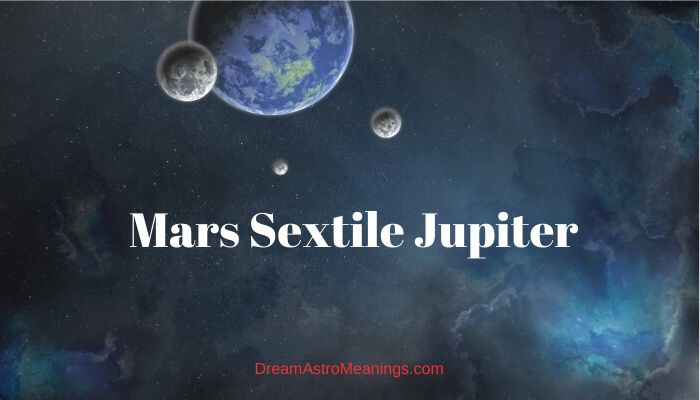 Aspects are one of the essential elements of astrological charts. Aspects are angles planets for amongst themselves, as seen in a natal chart.

Your natal or birth chart is an image of the sky, at the exact moment of your birth. This complex and extremely interesting image gives astrologers a treasury of information about you.

Natal chart could not be changed; it is literally a frozen moment in time, one that is an astrological basis for your life, to say. Although this might sound very strict, things are far more flexible in reality.

The data your birth chart offers is more about your potentials than concrete predictions. The natal chart could tell about what kind of a person an individual was.

Position of the planets would reveal his or hers talents, potentials, qualities, but also flaws, weaknesses and more. It could tell about personal areas of interests, specific traits and so much more. However, everything else depends on you.

There are not two same persons in the world, even if they were born at the same time, same place, same hour and the very same moment.

Their lives are going to be uniquely different. Knowing your astrological background, as it is displayed in the birth chart could only be of help. It could help you have a better insight into your own nature.

A good astrologer would carefully examine each planetary aspect and position, each sign, house and other elements and see them all as a part of one unique picture that makes your whole person and your life.

The information you learn from the chart are like a precious guidelines; they are an insight into what you could do and what would be good to work on. We are not astrologers, so we cannot offer you a deep personalized analyzes on your case.

However, what we could offer is an interesting insight into elements that you could find in your natal chart report and a basic interpretation on how those elements could manifest in reality.

It could be interesting to learn about and possibly helpful. We are going to talk about one amazing aspect, Mars sextile Jupiter.

Let us first introduce you to the planets we are going to talk about. Mars is one of the personal planets and it represents activity, raw energy, force and strength.

Roman Mars or Greek Ares was the powerful deity of war, often depicted as an attractive man, in prime beauty and strength, of heroic posture.

Mars is a masculine principle; its energy is fierce, powerful, impulsive, raging, and combatant. Mars stands for war, battle, injuries and even death.

Its energy is intensive and it is associated with matter over spirituality. With Mars, impulses overcome the reason. Mars also represents incredible courage, daring spirit and attitude, action, bravery and active attitude.

Mars is also about conflicts, destructions and anger. We could call its energy dangerous, but when in good aspect and positions, Mars’ incredible energy could be extremely well channeled.

Mars does not have to bring destruction, but its energy could be used in a productive way.

It depends on connections it creates with other planets and of its position within a natal chart. Mars in astrology always stands for some actual activity we undertake in order to achieve a goal. It is associated with actual, physical activity. Mars is in favor with sports, for example.

It strengthens the body part it was associated with, depending on its birth chart position. One should always see into aspects Mars stands in. Each aspect would explain in which way Mars’ energy manifests and what particular area of life it strongly affects.

If Mars was in good aspects, its incredible energy becomes channeled in a useful, practical, creative and pleasing way. It could bring amazing achievements in life.

If the aspect was bad, there is, indeed, a risk of having consequences that would come from its destructive, conflicting and aggressive force.

Jupiter is also a powerful planet associated with another powerful deity, the almighty Greek god Zeus, whose counterpart in Roman mythology is Jupiter.

The myths regarding the supreme god, the ruler over all other gods, are many, but perhaps the most important to mention would be the one about his ascension to his ultimate position of power.

According to the myth, Jupiter has overthrown his father Saturn and divided the world with his brothers, the other two mighty deities, Neptune and Pluto. In Greek mythology, Saturn is Cronus, Neptune is Poseidon and Pluto is Hades.

The titan Saturn, in fear that exactly such a destiny would fall upon him, was eating his children, in order to prevent the dreaded event.

However, Jupiter was saved by his mother and finally he defeated Saturn. The myth reveals much about astrological associations with Jupiter. In astrology, Jupiter represents the planet of expansion, in contrast to devouring, limiting Saturn.

Jupiter stands for strength, bravery, optimism, positive thinking, wisdom and fortune. It is indeed a lucky planet, sometimes called a protective one.

Jupiter represents our overall attitude towards life, our ability to breed positive attitude, to find hope and positive things in any situation. This mighty planet plays important role in people’s lives, in these terms.

Its energy, if in good aspects, is very positive and pleasant. Jupiter helps us grow and develop; it supports our potentials and helps us expand our horizons, if its energy flows freely.

The sextile is one of the major aspects and it is related to the trine. The sextile represents the angle of 60 degrees between the planets.

The difference between the trine and the sextile lies in the fact that the trine is more dynamic and that it represents incorporated traits; the sextile represents the traits we could use when in need of them. The sextile requires more effort, but both are good aspects.

The sextile is about expression, organization, creativity and overcoming obstacles. This aspect allows for the energy between planets to flow freely. It allows for the best characteristics of the planets involved to present with their energy.

This aspect supports the dynamic connection between planets in a good way, so it contributes to one’s creative thinking and expression.

This aspect is associated with compatibility, harmony, and understanding. We could say that planets in the sextile understand well one another and that they then create a compatible relationship.

This aspect manifests through harmony, balance, but in a dynamic way. It would help one see beyond limitations and it helps us abandon restrictive habits and behaviors.

The sextile contributes to our good sides and helps us develop them even further. It manifests in all our good traits and characteristics presented.

What is also amazing about this aspect is that it opens our eyes in a way we could recognize some really good opportunities.

This aspect does not restrict us in anything; it makes us overcome negative thinking, without putting it aside and piling it up.

With two such powerful planets in an amazing aspect, such as the sextile, one has to be a self-confident and a very strong personality. Indeed, it is so.

People with Mars sextile Jupiter aspect are firm in their convictions and they know how to argument them. They enjoy competition, especially in terms of intellectual and philosophical debates.

These people are intimidating opponents in a discussion, because their arguments are always well set and well documented.

These individuals are straightforward, open and fierce in defending their opinion; they are not simply stubborn, because they think through what they say very thoroughly. They tend to be dramatic in expression and the deliverance of what they want to say is often impressive.

They influence others. What is very important to know about them is that they are ready to help those who cannot find intellectual arguments to prove their thesis.

People with Mars sextile Jupiter have an inborn courage and great self-confidence that guides them through life. They are fearless and ready to work hard, but those people are not the type to go over dead bodies.

They usually have high moral standards, they are guided by concepts of justice, fair play and honor.

These admirable personalities do not use their skills and talents only for their own good. They could be very protective of others who are weaker and in need of support. Mars sextile Jupiter people admire everyone who stands behind their words.

Trickery, lies, fraud are things that provoke only disdain in the eyes of a righteous Mars sextile Jupiter.

It is interesting to talk about this aspect from the point of the romantic life.

Mars sextile Jupiter individuals, intellectual, courageous and ambitious by nature, would not find much interest in people who are not of the same sort. They need engagement, especially intellectual.

As you can see, in this aspect, Mars is not aggressive nor destructive, but productive and intellectually focused.

However, it is not enough, if there was no intellectual stimulation. People who are intelligent, daring, and spiritually very conscious attract them.

People with Mars sextile Jupiter do not lose their interest easily. Their vitality is usually strong. People with this aspect believe they could achieve much in life. They are ready to fight for what they want, but their competitiveness is healthy.

What is also important is that they are capable of bringing humor into everything. They are people you cannot bring down easily.

This aspect is full of powerful masculine energy, manifested in the best way possible.

People who have it are capable of finding amazing channels of directing and expressing such a tremendous energy. They rarely need any help from others, but they would act the role of a protector gladly. It also seems they have luck in life; their decisions are usually fortunate.

Even if it seems they have made a mistake, people with tons of energy are unlikely to feel down for long. They could accept the defeat, learn a lesson from it and start it all over.

One of the best traits of Mars sextile Jupiter people is that they do not give up easily, but they do not force things nor it seems it falls difficult on them. They enjoy challenges; they inspire and lead.