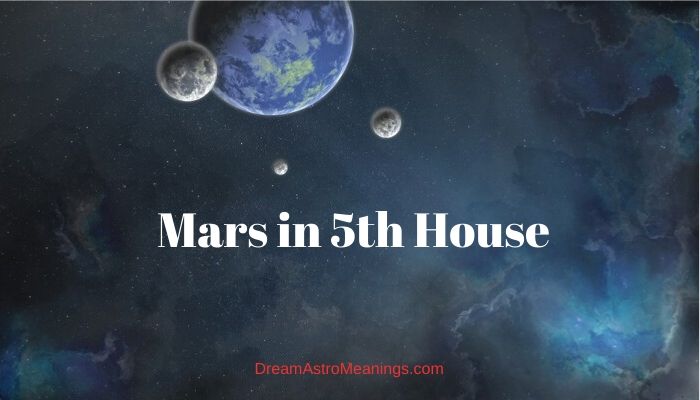 Astrology has no rival when it comes to unveiling things about people and situations. It is millennia old study occupying with the influence of the planets on our lives.

It can give us answers to various questions about our life and personality, interests, beliefs, etc., but also about different situations and outcomes of relationships.

Someone who is an experienced astrologer can be very accurate in their predictions. Astrology can be very insightful when someone knows how to use it correctly.

The astrologer analyses the natal chart, which represents the image of the planetary positions at a certain moment in time.

The natal chart is calculated by using date, time, and place data for someone’s birth or for some event. In previous times, the calculation of a natal chart required time and knowledge, and often wasn’t very precise.

Nowadays, with the help of astrology computer programs a person can calculate a natal chart and make all kinds of astrological calculations in seconds after inserting the necessary data.

The analysis of the natal chart is a serious job if accurate results are wanted and it requires a knowledgeable and experienced astrologer.

For astrology analysis, the houses with planets inside have a great significance because they reveal the focus of attention and action. These planets influence the areas ruled by the house where they are placed with their energy.

The houses in the chart all rule different matters and areas of life.

By analyzing the houses and planets inside, the astrologer can give answers to various questions regarding someone’s personality, appearance, beliefs, interests, education, profession, work.

By doing this analysis, the astrologer can give predictions about possible events the person could experience in their future as well.

Mars is tiny but has a fierce reputation. Because of the red iron dioxide which covers its surface, Mars is called the red planet.

This planet has some similarities with Earth and this inspired the idea that life could one day be possible there. Some theorists even consider that life was present there in the distant past.

When Mars has beneficial aspects in the natal chart this creates a person with Mars’s best qualities. This person is ambitious and has leader qualities. When Mars is afflicted this causes the person to possess Mars’s challenging traits.

Regardless of Mars’s placement in the natal chart, Mars ruled people are dominant and powerful personalities. They don’t give up on their goals and they would do anything to achieve them.

Obstacles inspire them and they enjoy overcoming them. They have natural leadership qualities and people want to follow their lead. The difference between Mars’s aspects makes a difference in a way the person expresses these traits.

The afflicted Mars person will try to impose their will forcefully and the well-placed Mars will earn their follower’s respect by his honest and generous approach.

Mars people are very direct and can have a brutally honest and inconsiderate approach towards others. Their attitude can hurt people with sensitive emotions. These people don’t have tolerance for weakness and they can be very inflexible.

It is just how they are. If Mars is afflicted, their brutality can be inspired with unconscious desire to hurt people, but in general these people are loud and direct and don’t care much about what others think about them. They are confident and often have high opinion of themselves and their qualities.

They often interfere in other people’s business, giving unwanted advice, but they don’t allow anyone interfere in theirs. They are prone to outbursts of anger and aggression, even the ones with Mars in beneficial aspects. It is their nature of Mars, explosive and hard to control.

These people are very energetic and have a passionate nature. When they want something done, they are unstoppable. They keep their focus on the goal and don’t give up until they get what they desire.

Obstacles don’t scare them, and can in fact be stimulating to them testing their strength and perseverance.

These people’s nature and character is to be admired for and sometimes feared from. If Mars is afflicted, this could make these people dangerous and prone to criminal activities. They can be brutal and very aggressive, prone to outbursts of anger and violence.

These people don’t want anyone interfering in their business and can be very direct when expressing their opinions. On the other hand, they are often control freaks and interfere in other people’s business without being asked to.

Mars ruled people have dominant nature and are prone to impose their opinion onto others. They can be overly direct and hurt other people’s feelings with their brutality and lack of empathy.

Mars people are very ambitious and usually become successful because they don’t give up on their goals. Their confidence is high. Their reactions are often thoughtless and they are prone to taking risks without thinking through the possible consequences.

In general, these people are good leaders and people are naturally drawn to their dominant nature. They are often magnetically attractive, especially Scorpio types.

The fifth house is considered the house of entertainment, pleasures, creativity and creative endeavors. This house is ruled by the Sun and its sign is Leo.

The fifth is the house of romance and romantic encounters. It rules dating and relationships as well as emotional pleasures.

This house is the house of children as well as joy, good luck, pleasures, hobbies, going out, games, games of luck, pleasurable activities, etc.

The fifth house, the ruler of this house and the planets inside, can give insight to whether the person is creative and describe their creative endeavors.

The fifth house is also the ruler of our creative hobbies, interests, artistic endeavors, sport activities, crafts, painting, writing, entertainment, etc. It shows whether the person enjoys life or is missing on its beauty.

The planets placed inside the fifth house (if there are some) as well as the ruler of this house, reveal details about the person’s romantic life. It reveals the type of their romantic partners, their openness to love and being in a relationship, etc.

People with Mars in 5th house are usually very energetic and charming. These people can be very flirtatious and have many romantic interests. They are very seductive and people often find them magnetically attractive; not many people can resist their charm.

Their energy and enthusiasm can be expressed creatively through some interesting art work and writing. They can be very dramatic in the way they present themselves in public, especially to their potential romantic interests.

In general, those with Mars in fifth house are freedom loving and independent people. They love life and its pleasures.

Depending on the Mars’s aspects with other planets, these people could be prone to cheating and being with more than one partner at the same time.

Their desire to prove their seductive abilities might avert them onto a road of promiscuity. Sometimes they could change partners just to prove themselves that they can do it.

In some cases, these people attract romantic partners with Mars nature, who are prone to violence and aggression. These people might also be attracted to partners who possess an aura of danger and mystery.

People with Mars in 5th house are often involved in relationships with partners who in some way suppress their freedom or try to dominate them, or they could behave in such manner towards their romantic partners.

These people are often in pursuit for physical pleasures but they can also have some dynamic hobbies and interests. They are usually sports types and involved in many sports activities. They are adventurous types and love outdoor activities.

If Mars makes an aspect with Uranus, they could be into extreme sports. They are very active in every sense of the word.

Sometimes, Mars in 5th house is an indication of problems with children. The person could experience problems with fertility and difficult conceiving a child. They could also have trouble during pregnancy and childbirth.

Mars in fifth house people can also have issues with their children. Their children might have rebellious nature and difficult character.

These people might experience conflicts and disagreements with their children, or some other issues with them. They could also be very dominant towards their children and try to control them.

People with Mars in fifth house are usually creative and express their creativity in Mars ruled areas.

They love going out and are open to meeting new people. They are usually the ones approaching others and making contacts with them. They can be very direct in expressing their desires when they like someone.

These people are often irresistible and their direct approach is something that adds to their attraction.

People with Mars in 5th house could be prone to starting relationships impulsively and without getting to know their partners well.

This might cause their relationships to be short-lived and end abruptly, especially when Mars is afflicted. These people often love taking risks in love and the more tensed the situation is the more excited they are.

This position of Mars is often an indication of a person who is very competitive and wants to be first in every game or sports competition. They are motivated by winning and this gives them the strength and endurance to be victorious.

These people don’t know how to handle failure and can become aggressive and violent when they are faced with defeat.

When Mars is in the fifth house of another person is usually a sign of a passionate connection.

The fifth house person likes the Mars person and is in some cases magnetically attracted to them. They are drawn to Mars’s energy and passion and sometimes find him irresistible.

The fifth house person enjoys the Mars person’s company. Both people are usually physically attracted to one another and this is often a sign of an intimate relationship between them as well.

If these two are not in a relationship there will certainly be a lot of attraction and passion between them.

These two might also compete against each other in games and sports and if Mars is not afflicted they could actually enjoy these activities.

If Mars is afflicted, the Mars person could have a strong desire to seduce the 5th house person and put them in a subordinate position in the relationship.

They could also express violent and aggressive behavior and this placement is often an indication of conflicts and disagreements between the partners, often related to issues of the fifth house, such as children, fun activities, creativity, competition, games, sports, etc.

Mars in fifth house is often a sign of a person who is very passionate and in constant pursuit of satisfying their physical desires. They are very seductive and charismatic and people are magnetically drawn to them.

These people might find excitement in frequent changes of romantic partners, and many of them could be considered promiscuous because of this trait.

They can be very impulsive when entering a relationship which is why their relationships are short-lived.

They can be very direct and intrusive when pursuing a love interest and they don’t give up until they conquer the person they desire. Mars in 5th house people are very competitive and don’t tolerate defeat.

When Mars is in 5th house in synastry this is often a sign of a passionate relationship where the partners are physically attracted to one another.

Mars can be aggressive in expressing their desires and feelings to the fifth house person.

This placement of Mars in synastry can sometimes be a sign of conflicts and disagreements between the partners.