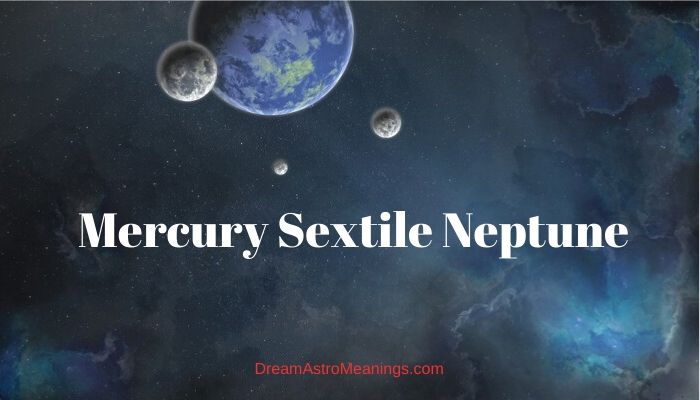 People have been intrigued by stars and their influence on human existence since the beginning of time. Astrology is an ancient practice of using the meaning of the planet and their mutual influence to determine someone’s destiny and their character.

Planetary charts are cast for the exact time of someone’s birth or some event to determine the possible outcome of that event or that person’s future.

The natal chart represents the chart of the planetary placements at the time of birth or the time of an event.

By interpreting the placements of the planets in different signs and houses of the natal chart as well as the aspects they make between themselves, a lot of information can be extracted about some person’s traits and destiny as well as other facts about events, relationships, etc.

The energy between the planets created by these aspects can have different meanings depending on the nature of the aspect (good or bad). Aspects can also be major and minor.

The main aspects are more significant than minor aspects but minor can also be as important if the aspect is exact.

The major aspects are sextile, opposition, square, conjunction, and trine.

The sextile is a good and harmonious aspect. Sextiles are similar aspects to trines and have similar meanings and influence.

Sextiles help the planets demonstrate their true and best nature and help them interact with one another instead of blocking their energy. The sextile allows cooperation between planets.

The areas which are ruled by the planets forming a sextile are the ones where the person can benefit most from. The energy of these planets easily flows and creates a lot of opportunities for progress and accomplishing ones’ goals.

Contrary to beneficial aspects, negative aspects tend to block the planetary energy and create obstacles and delays in accomplishing goals and desires. The planets cannot interact and their energy is deflated.

Sextiles are formed by planets in complementary elements, which are fire and air and earth and water.

Sextiles create opportunities, talents, and skills in different areas related to the signs and houses where the planets are placed.

This aspect is good and gives the person a lot of advantages, but it can also make the person lazy and destroy their ambition.

The main reason for that is the fact that the sextile gives the person a lot of opportunities to fulfill their desires and goals, and they don’t really have to put in a lot of effort to achieve anything.

Things seem to come to them effortlessly and that causes them to miss a lot of chances, become ungrateful, and waste a lot of time.

People with predominant negative aspects tend to be more ambitious and put a lot more action into achieving their goals, seizing opportunities they come across because they know that opportunities don’t come easy to them.

In transits, the sextile aspect often brings new opportunities and chances to fulfill the person’s desires.

It also creates chances for meeting new people and significant encounters that might help accomplish some desires or develop skills and talents.

Mercury is considered the smallest planet in the Solar system. That happened after Pluto had lost its status as planet. Mercury is closest to the Sun and it moves fast.

Only the Moon has a faster movement than Mercury. It takes about 88 for Mercury to cross a circle around the Sun.

This planet rules our intellectual capacities and the ability to express ourselves.

It is the ruler of the signs of Virgo and Gemini. People ruled by this planet are very communicative, have fast reactions and their thought process is quick.

They can be prone to manipulation and trickster. If they don’t have a prominent influence of some emotional sign, these people are not very emotional, and have a rational approach towards life.

People with strong Mercury are very curious and fast learners. They often choose professions somehow related to communication and people.

The planet Neptune is a big and heavy planet. Its composition is mostly hydrogen and helium. Its interior is mostly rocks and ice. Neptune is very cold, with temperatures of -218 degrees.

Neptune was the god of the sea and water in the Roman pantheon of gods.

This is also the planets of addictions and can be dangerous influence if badly placed in the natal chart. Neptune also rules psychic abilities, mediums, magicians, and all kinds of secret knowledge. Neptune rules the sign of Pisces.

The influence of this planet has a tendency to bring confusion into situations and people’s lives.

A person under a strong influence of Neptune could express Neptune like qualities, like dreaminess, strong emotionality, artistic skills, lying, manipulation, confusion, etc.

This person might be a skillful liar, which cannot easily be discovered. With challenging Neptune aspects, the person could be prone to addictions, such as drugs and alcohol, and they could be prone to psychic illness as well.

In some cases, these people could be naïve and easily manipulated by others.

Because Neptune also rules religion and religious authorities, this planet’s influence could make the person religious or choose to devote their life to religion.

Many people with Neptune as their ruler have some kind of psychic ability and are able to sense the future. They often use their gifts to help others and have a strong intuition.

Neptune is a generational planet, influencing generations of people born during its transit through one sign, which lasts for many years. This planet is the cause of changes and transformations in the areas ruled by this planet and the sign it transits through.

The areas it especially influences are spirituality and religion. It might be the cause of global change in consciousness and religious beliefs.

The people who are most prone to sense the influence of Neptune are those born with Sun or Ascendant in Pisces. Those with Neptune in challenging aspects might be prone to isolating themselves from people.

This aspect in the natal chart is responsible for a strong imagination and creativity.

This person is able to creatively express their thoughts and they are able to put their imagination in words.

These people are good writers and they often chose a profession that somehow involves writing. Many successful writers have this aspect in their natal chart.

The person has an ability to mentally create their desires and see them clearly in their mind before they manifest them into reality. They are able to find solutions for their problems by imagining different outcomes.

The person with a sextile aspect between Mercury and Neptune is not confused, but they use the power of their mind and creativity to create beautiful works of art in various forms.

They can also be talented artists, screenplay writers or novelists. Their inspiration is endless. They are sociable and love meeting new people, especially those that belong to different cultures.

Differences and new things are inspiring to them, and they use it as a base for their creative work.

They often have a powerful intuition and sensitivity which helps them understand people’s emotional states and intuitively sense what they need. They are empaths and love helping people with their advice.

They are sympathetic to the sufferings of others and they often devote their lives to helping others or to a religious cause.

People with this aspect are often in the media or communications. They can be successful in the areas such as arts, media, photography, film, communication, writing, news, education, etc.

They often possess university education. They are communicative and sociable and easily get along with different people and strangers. Foreign cultures are attractive as well as travel to distant countries.

Some of these people have vivid dreams that can be used as an inspiration for their creative endeavors. Many of them express themselves in creative ways.

Mercury sextile Neptune in transit could bring a rush of creativity and a strong desire to express it in some form, often through written words.

This transit can heighten your perception and intuitive insights about the people from your surroundings. You might be more in tune to their emotions and intuitively sense their needs.

This transit might bring some new acquaintances with strangers, possibly from different and far-away countries and cultures.

Reading an interesting story in a newspaper or reading some inspiring book could lead you to some great insights and give you some ideas to creatively express your feelings.

During this transit you might get a new writing idea or begin writing if that was your long-time aspiration.

This aspect rules creative expression through film and photography, and during this time you might be inclined to express your creativity through these forms.

You could be inspired to take some wonderful pictures or capture some important moments of your life on video.