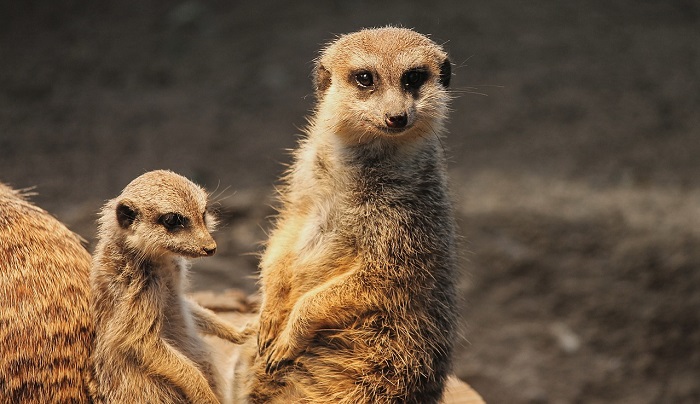 A mongoose is an animal which is native to southern Asia and Africa. Among more than 30 existing species of mongoose, some are solitary, and some are social animals.

The ones that are social usually live in large groups.

They look for food together, share the food among themselves and they travel together. The solitary species of mongooses take care of themselves and do most of their things alone.

Many mongoose species have a scent gland they mark their territory with. The scent glands also serve to demonstrate their current reproductive status.

These animals live mostly in burrows which they rarely dig themselves. They often use abandoned burrows left behind by some other animals.

Mongooses are one of the rare animals with resistance to snake venom. They are also a rare animal who takes on a fight with a venomous snake and kills it. They are known to fight and kill especially cobras.

These animals are very quick and agile. They do most of their activities during the day, but some mongoose species are active during the night.

They eat different kind of rodents, birds, lizards and insects. These animals are extremely adaptable and can survive in different habitats.

They produce different sounds to communicate with each other. They are known to produce alarm calls to warn other members of the group of approaching danger.

All mongooses run for shelter when they hear that sound. Social species of mongooses usually have a watch guard who informs them of potential danger.

During courtship and mating, they produce a kind of noise which resembles giggling.

What does the Mongoose Symbolize? 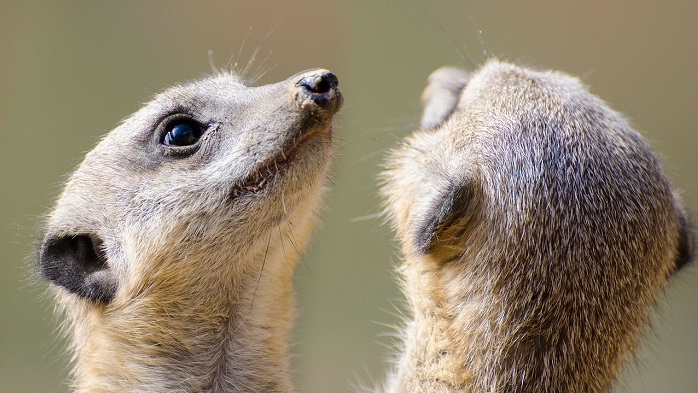 Although small and innocent looking, mongooses are powerful and brave animals, not afraid to take on a fight with venomous snakes.

The Meanings of Mongoose as a Totem Animal

The Mongoose totem has many different meanings. Some of them are:

Adaptability and opportunism. Mongooses are very adaptable animals and can manage to survive in different conditions. They are not very choosy about their diet, and are known for their opportunistic behavior, inhabiting the burrows abandoned by other animals instead of building their own.

The mongoose totem animal is sharing these gifts with you.

You are most likely very adaptable, and you seize opportunities as they come to you. You know how to make the most of any circumstances.

You sometimes can be recklessly fearless and even jeopardize your own safety.

Self – confidence. Mongooses are known for being very confident, and that is the trait they share with you as well. With the mongoose as your totem, you are confident in your ability to be victorious over your enemies.

You are also confident about your ability to succeed in every endeavor you undertake.

Resistance. Mongooses are resistant to snake venom. That is why they symbolize resistance, and as your totem animal, they share the same trait with you. You can resist any difficulty which comes your way.

You also have a strong physique and your immune system is very good.

Rebellion. With a mongoose as your spirit animal, you could have a rebellious nature. Maybe you oppose authorities and you are not afraid to defend your opinion.

Impulsiveness and adventure. If the mongoose is your totem animal, you most likely share these traits with it. You are an adventurous spirit always seeking excitement and you can sometimes be impulsive and reacting without thinking properly.

Honesty. The mongoose is also a symbol of honesty. With a mongoose as your spirit animal, you are an honest person and others could rely on you. You are always truthful, and you don’t care about other people’s opinion about you. You can’t stand liars and you don’t want anything to do with them.

Sometimes your honesty can be too much for other people and many can get offended by your harsh words.

Action. Mongooses are animals always in action. As your totem animal, the mongoose is sharing this trait with you. You are in constant movement and action. You need to be occupied with something because you can’t stand not doing anything.

Optimism. Mongooses are a symbol of optimism. If you have the mongoose as your totem animal, you must have an optimistic nature and you are always expecting the best in every situation. You don’t waste time thinking about your mistakes from the past.

You are focused on what is coming into your life and you hope that it is something good.

Mongoose as Your Totem Animal

If you have mongoose as your totem, you are a strong and opinionated individual.

You are brave and passionate, and you know what you want. You openly express your opinions and you defend your ground. You are not afraid to confront much stronger rivals because you have faith in your ability to be victorious in any situation.

Sometimes you can be very honest and hurt people with your harsh and insensitive words.

You are very confident about your abilities and you don’t care about other people’s opinions.

You are selfless and generous and enjoy sharing what you have with others.

You like changes and action and you can’t stand a stalemate. Sometimes you can be considered as unpredictable and impulsive. You value your friendships very much and you invest your time in the people you care about.

What if Mongoose Appears in Your Life?

A mongoose appearing in your life could be a calling to be honest in some situation in your life and openly express your opinion about something.

It might also require your action in defending yourself and confronting someone you consider your rival.

When to call on Mongoose?

You should call on mongoose totem when:

Dreams about Mongoose – Interpretation and Meaning

A dream about mongooses could indicate the need to defend yourself in some situation or confront something or someone which demands a lot of your courage and strength.