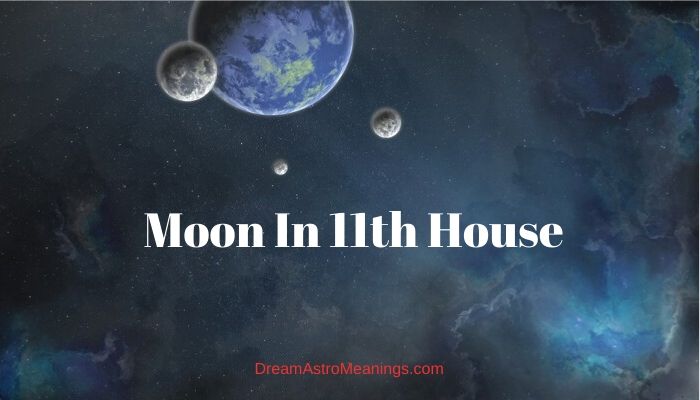 Many people neglect and underestimate the value and importance of astrology as a means to find out more details about someone’s personality, personal preferences, interests, beliefs, appearance, character, focus in life, outcomes of situations and relationships, and other matters of interest.

Astrology is an ancient study of the stars; our ancestors realized the importance of the stars and planets for our existence and they studied it and recorded their gained insights and knowledge in this study they called astrology.

The first step in doing astrology analysis is discovering the planetary positions in a moment of time which interests us; this is usually the moment when someone was born.

To do that, the astrologer creates a natal chart for that particular moment.

The natal chart represents the image of the sky in that moment in time. It consists of 12 houses where the planets are placed.

The houses with planets inside have more significance and give more insight than the ones which are void of planets. The planets in the houses reveal where the person’s focus throughout their life is likely to be and where they will tend to concentrate most of their activities.

The areas ruled by these houses will also be influenced by the energy of the planets placed inside the houses.

When it comes to houses in synastry analysis, the situation is similar. Synastry is a technique used in astrology to analyze relationships and their potential by comparing the natal charts of the two people in relationship.

The planets of one chart placed in the houses of the other chart reveal which areas of life are likely to be affected by the relationship.

The houses in a birth chart all have different areas of rulership; they rule our appearance, family members, our parents, siblings, and children, our health, personality, surroundings, neighbors, ancestors, partners, relationships, health, physical condition, our social life, etc.

The planet Earth has only one natural satellite, and that is the Moon. Just like the Sun, the Moon is very important for human life and life on Earth in general.

There is a general belief related to the Moon’s formation; namely, it is believed that the Moon formed from the debris that was left after the Earth collided with an asteroid around 4.5 billion years ago.

Some people don’t believe this story is true and have a theory that the Moon is artificially made by alien beings.

Whichever theory about the Moon’s creation is true no one can neglect or underestimate the importance of this astronomical body for our planet. It moves very fast around the Earth, and it takes about 27.5 days to make a full circle.

During that time, the Moon passes through the 12 Zodiac signs. In astrology, the Moon rules the sign Cancer; its fall is in Scorpio; its detriment is in Capricorn, and its exaltation is in Taurus.

The Moon is the ruler of the subconscious mind, our emotions and feelings, our intuition and inner being, our memories, and the women in our lives, especially our mother, our motherly instincts and our femininity.

Moon people are very emotional and easily hurt; they are fragile and need careful handling, because they might easily misinterpret other people’s behavior as insulting and hurtful. That can be bothersome for people who are interacting with them. They are also prone to mood swings and often have a demanding behavior.

On the other side, these people, although having some unpredictable emotional outbursts, have a caring and giving nature; they are protective to the ones they love and care about and would do anything to make them happy.

These people can have a major issue with their tendency towards holding onto the past and hurtful memories.

They can hold their resentment towards someone for a long time, refusing to forgive and forget about it so they could move on with their lives. They need to learn to control their emotionality, or they might end up wasting a lot of time in their lives chocking themselves in negativity.

Moon people are usually withdrawn and shy. They need a lot of getting to know someone before they can relax in their presence and let them close.

These people enjoy spending time at home and their home is usually their favorite place; they enjoy being there surrounded by friends and their family. It’s not easy visiting these people, because you need to earn their trust before getting the invitation.

They can be clingy and behave in a demanding manner, which is a big problem, especially in relationships where they need a partner who is willing to tolerate such behavior.

Moon people are generally intuitive and able to intuitively sense what someone’s thinking or feeling, as well as predict future events.

The position of the Moon in the birth chart reveals the areas of comfort, where a person feels their best.

The eleventh house is the house of friendships and acquaintances, money gains from career or business, social connections and involvement in society. This is also the house of our colleagues and wider circle of acquaintances.

The 11th house is ruled by Uranus and corresponds to the sign Aquarius.

The eleventh house and the planets that are in reveal how well you fit into society and whether you are a bit of an outsider.

It also describes the type of people you prefer hanging out with, as well as your preferred social groups and activities. It reveals the groups of people you incline to and the shared activities you mostly enjoy doing.

The 11th is considered the house of our desires and hopes, and the planets inside might give a clue to what are they exactly. The house also describes our friends and the types of people we choose to be our friends.

People with their Moon in eleventh house find their emotional security and satisfaction through their contacts with their friends and other social interactions and group memberships.

People with Moon in 11th house usually have more women friends than male friends, or they have a lot of female friends in general.

Because the Moon is the ruler of home and 11th house is the house of friendships and group gatherings, when the Moon is in eleventh house, this could indicate a person who is gathers their friends at home, and in some cases has their group meetings held at their home. Their home is an open place for all their friends, but also casual acquaintances.

These people are open and relaxed and enjoy being in company of other people, often complete strangers.

Because the Moon also rules our mother, the placement of the Moon in eleventh house often describes the relationship with the mother as relationship between two friends.

The mother is relaxed and treats the person not as a parent but their equal. The person often gains the relaxed approach towards people from their mother.

Sometimes this position of the Moon indicates a person who is prone to changing their friends and groups they hang around with frequently. The person might have a superficial approach to their friendships, not valuing them enough.

Because they relate emotional security with their friendships and memberships in groups, they might find it difficult to be alone. They need to constantly have someone in their company. These people are often popular among their friends.

If the Moon is well-placed, this person could be a caring and giving friend, which values their friends, and manages to put in the necessary efforts to maintain all of their friendships even though they might be numerous.

They are always willing to offer their friends help, which often means sharing their home with them. They are often the ones their friends and acquaintances first turn to when they are in need.

They are often the soul of every company. They usually get overly emotionally involved in their relationships with friends and group activities which is why they easily get hurt when their efforts, help and sacrifices aren’t recognized and appreciated by them.

These people might get so occupied with their group activities and friends that they might seriously neglect their families.

Sometimes these people’s self-esteem might depend on the approval of their group members and friends which can be dangerous. They might begin to identify themselves with their group which is something they shouldn’t allow to happen.

The most comforting situations for these people are doing some of their group activities and hanging around with friends. These are situations where they feel at home.

They need the feeling of belonging to a group which does something together. They often work for humanitarian organizations or some other groups which help people or other causes.

When one person’s Moon falls in the eleventh house of another person, the Moon person might feel instinctively drawn to the 11th house person. The Moon person appreciates the 11th person’s ideals and desires to make a change in society.

The encounter of these two people might happen through a joint activity or membership in some group, aiming to fulfill some common goal.

They might share the same friends and group activities interests. They feel instinctively that they might rely on one another and this is a wonderful and friendly relationship.

The Moon person might perceive the 11th house person as their dream mate. They consider them as the fulfillment of their desires. They feel relaxed and emotionally secure in their presence.

These two people instinctively feel that they can show their true personality to the other person. They don’t need to pretend and show themselves in a different light because they know that the other person accepts them and appreciates them as they are.

With this placement they cannot get angry at one another; there is a feeling of knowing the person much longer than they actually do.

A person with Moon in 11th house tends to get their emotional satisfaction and security from their friends and group activities. They are very sociable and tend to be surrounded by a lot of people.

Their mother is usually a person who inspired this kind of behavior and someone who has also threated them as a friend and not as a parent. They are often involved in organizations with humanitarian cause.

When the Moon is in 11th house in synastry, this makes the couple feel very comfortable in each other’s presence.

They know they can reveal their true personality in the other person’s presence and that is a satisfying and comforting feeling for both of them.