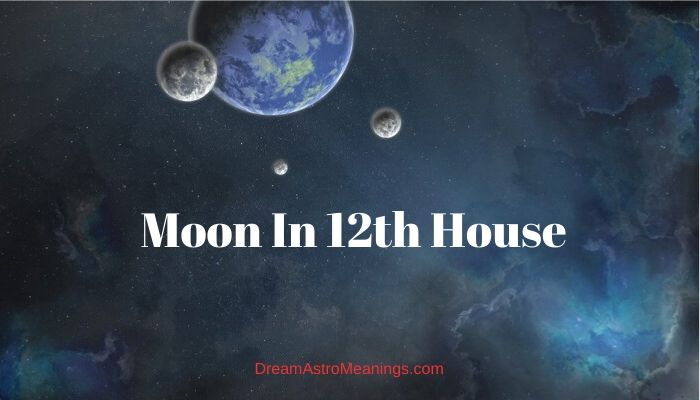 People still underestimate the significance of astrology and its value in giving answers to many different questions.

Astrology is used to determine personal traits, character, attitude, appearance, focus and interests, the outcome of various situations and relationships between people, as well as to give much other information.

Astrology is an ancient study which has developed over millennia of observation and gathering proof.

The analysis in astrology starts with a birth chart, a chart of the planet’s positions in a moment in time. These planets are placed within the 12 houses of the birth chart.

When the planets are placed in houses they give additional meaning to these houses and the areas which are governed by them are influenced by the energy of these planets. The houses with planets show where the person’s focus and most of their activities will most likely be.

In synastry analysis houses are also important. Synastry is a technique which astrology uses when analyzing relationships and their potential through comparing the natal charts of the partners.

The planets from one chart in the houses of the other chart reveal which areas of life will be affected by their relationship.

The only natural satellite of the planet Earth is the Moon. Its importance for life on our planet is undisputable.

A general belief is that the Moon was formed from the waste left over after the Earth collided with an asteroid; that happened some 4.5 billion years ago.

Some people doubt this story of the Moon’s origin and theorize that the Moon is artificially created by alien beings.

Regardless of the truth about how the Moon was created, its significance is incredible. This astronomical body moves fast, and circles the planet Earth in 27.5 days. During this travel it passes through the Zodiac signs.

In astrology, the Moon is considered the ruling planet of Cancer; it is in exaltation in Taurus, it’s in in fall in Scorpio, and in detriment in Capricorn.

The Moon rules our mother and the women in our life; it is also the ruler of our motherly instincts and our femininity. It is the ruler of our emotions and feelings, subconscious content, inner being, intuition, memories, and similar matters.

Because it is the ruler of emotions, people influenced by the Moon tend to be very emotional and their feelings are easily hurt. These people can have unpredictable emotional reactions and often moody behavior.

They often misinterpret other people’s words and interpret them as if they were aimed against them. They are not easy to tolerate when they are in one of their moods. They can be dramatic and very demanding.

Their behavior can be especially overwhelming to their romantic partners; they can often be very clingy and suffocating their partners with their emotions and presence.

Regardless of their often irritating behavior, these people are also very kind and gentle beings. They are eager to help, especially those they care about.

They don’t let people in their lives easily but those who earn a special place in their life can be sure that they will remain there for life (providing the Moon isn’t afflicted in the natal chart).

One of their main issues is their tendency to hold on to their resentments and hurts. They have a problem letting things go, and holding on to the past even though it is hurting them and preventing them from living their lives and focusing on the now and the future.

It is important for these people to learn how to get rid of the negative thoughts as well as to forgive those who have done them wrong; otherwise, they risk wasting precious years of their lives.

These people are often very shy and withdrawn. They feel most comfortable when they are at home with their family and friends. They don’t let people easily into their homes. Only their trusted friends and family members are allowed in.

They often have a strong intuition which helps them discover what others think and feel. They can also possess other psychic gifts and often have a gift of premonition being able to foretell future events.

The house where the Moon is in our natal chart shows the areas where we feel most comfortable in our lives and the things that give us emotional security and satisfaction.

The Moon position also gives information about our house and our attachment to our house. This position also reveals a lot about our mother; it describes her appearance and personality as well as her influence on our life and our relationship with her.

This is the house of the planet Neptune and corresponds to the sign of Pisces. It rules the unseen realm, dreams, emotions, visions, and other unknown matters. People with powerful intuition and psychic powers usually have planets in this house.

The 12th is considered the house of the unconscious states; it is also the house where our subconscious content is hidden. People with a lot of planets in their twelfth house can be full of fears and phobias.

Some of them can be hard to explain coming from some unknown cause. These people often do some professions where they are hidden from the public or they are working undercover.

This house is the house of our secret enemies, unknown dangers, secret affairs, etc. the experiences that come from the 12 house can have a strong transformative effect on the person, changing their personality and life forever.

The 12th house reveals our subconscious urges and reactions. By analyzing the twelfth house we can discover a lot about the person’s inner conflicts and psychological issues which the person might not even be aware of.

By detecting these issues, the person has the chance to begin working on resolving them and setting themselves free from them.

In the twelfth house are hidden our greatest weaknesses that sometimes we don’t want to admit exist. It is important to analyze the planets placed in this house to determine the possible weaknesses and issues the person is dealing with or is not aware of having.

Many astrologers connect the twelfth house with karma and explain the difficulties described in the 12th house as a result of past lives and errors.

People with planets in the 12th house often spend a part of their lives in some isolation, either willingly or unwillingly; they might be put in a jail because of their criminal activities, or put in a hospital or asylums because of their illness (often mental illnesses), or they might isolate themselves from people willingly due to their religious beliefs.

Some people might live their 12th house filled with planets by enjoying their solitude and frequently isolating themselves from the people in their surroundings, even their closest friends and family members.

These people might have their profession tied to some kind of isolation, or working for such institutions.

The 12th house rules big animals, and if the person has malefic planets placed in their 12th house, they might experience attacks from large animals that might hurt them badly.

This is also considered the house of hidden enemies, and with malefic planets there they might experience surprising attacks from their enemies.

Because the twelfth house is the house of addictions, people with a lot of planets there might be prone to addictive behaviors, using drugs and alcohol.

The person with Moon in twelfth house has a strong intuition and often possesses psychic powers. These people are very sensitive and easily hurt.

Their psychic insights make them vulnerable to other people’s negativity which is why they need to watch themselves carefully. They often chose their homes as places where they can isolate from the rest of the world and charge their batteries.

The world and people can be overwhelming to them, especially because of their receptiveness to other people’s emotions and thoughts.

These people are secretive about their feelings, and some things are kept only to themselves. They often feel lonely and misunderstood.

Because of their giving nature they often choose professions where they can use their gifts to help other people; these can be shelters for the poor, hospitals, and similar institutions.

People with Moon in 12th house can have many fears and phobias. Many of them have prophetic dreams which give them insights about the future.

Their gifts might be a blessing and curse at the same time; they help others using them, but at the same time get very overwhelmed and disturbed by witnessing misery and bad things which people they are helping are experiencing.

These people might be prone to attracting energy vampires who feed on their kindness and willingness to help.

These people might develop some self-defensive mechanisms which might make them difficult to confront their feelings because they are afraid of what they could discover.

Because the Moon is the ruler of our mother, the placement of Moon in twelfth house might indicate some issues concerning our mother.

Namely, she might be hospitalized due to some unexplained illness, or even put to prison for something she did. She might also be experiencing problems with addictions, such as alcohol and drugs.

The relationship of the 12th house person with their mother might be strange and confusing. The mother might also be emotionally distant and the person doesn’t feel loved and accepted by their mother.

When the Moon of one person is in their partner’s 12th house, this is usually an indication of an inner understanding the Moon person has regarding the 12th house person’s weaknesses and issues.

The Moon person will try to protect the twelfth house person from her fears and negative emotions, helping her to realize that there are people she can trust and rely on.

If the Moon is afflicted the Moon person might easily get offended if the 12th house person doesn’t show any gratitude because of his reasonless interferences in her life.

If the Moon is well-placed the Moon person might constantly be asking the twelfth house person to talk to him about her problems, fears, and other issues, and trying to help her resolve them.

Sometimes the Moon person might be obsessed with the idea that the 12th house person is hiding things from them creating tension in their relationship. Sometimes the Moon’s suspicions might turn out to be true.

This position of the Moon in synastry might cause a relationship where there is lack of trust between the partners which can be the cause of hurt feelings on both sides.

The Moon in 12th house in individual charts usually indicates a person who is very sensitive and emotional, prone to fears and phobias, and whose feelings are easily hurt.

This person usually has some psychic gifts and strong intuition and often uses them to help others.

Because of their sensitivity these people often end up filling themselves with other people’s negative energy which can make them feel disturbed and drained. They need protection by isolating themselves from people to regain their strength and energy back.

These people usually love solitude and are often shy. They might be prone to secretive maters, isolation, and addictive behavior, especially if the Moon is afflicted.

Their mother might also be prone to such behavior and the relationship with her might be confusing. They often have occupations where they help other people.

The Moon in twelfth house in synastry is not a very good aspect. It implies lack of trust and accusations on both sides.

The Moon person might try to help the twelfth house person deal with their fears and other issues, and they might not be welcomed to do that by the 12th house person.