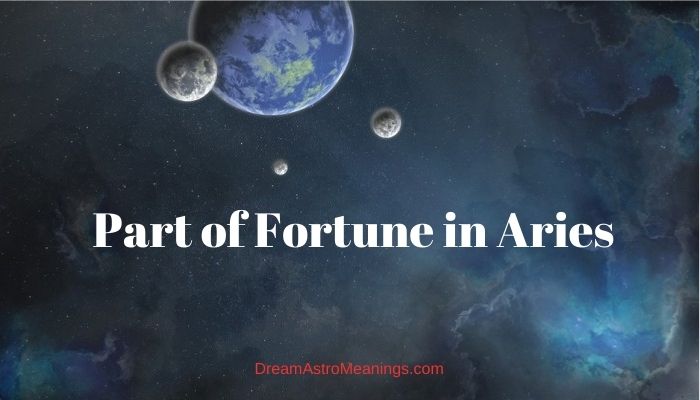 The raw, active, expansive and explosive energy, the first step towards the existence of the universe and to be part of it, is evident in the construction of the Aries archetype.

Ruled by Mars, Aries is the initial energy that overcomes inertia, the “Big Bang”, the spark of the explosion.

The energy of the sign of Aries brings out assertiveness, desire, initiative and competition wherever it is positioned.

Aries paves the way with courage and impulsiveness, it is a dynamo that overcomes the inertia of time, the fire of the origins and the affirmation of the Being, the action in its potential.

Strength, courage, enthusiasm, independence, innovation and competition are powerful words within the Aryan scope. It is a sign wrapped in phrases like: “I start”, “I am”, “I do”, “Leave it to me”, “Let’s go”.

But all this energy to accomplish can be accompanied by domination, arrogance, impetuosity and, at times, aggressiveness.

Mars (or Ares, the god of war), contributes to the fighting and belligerent attitudes of Aryan energy, especially when your competitive instinct is at its height.

In countless astrological books it can be read as the figure that represents the way in which the individual achieves his greatest happiness and satisfaction, the place where maximum harmony is achieved with himself and his environment.

Now, I would qualify by saying that just as there are hidden talents that you have to discover for yourself that point on the chart called the wheel of fortune must also be a reference point to maintain balance with the ups and downs that life is going to propose you. If you like the simile, I would say that it resembles a float for a castaway.

Like talents, the wheel of fortune will be that astrological place where you can live more centered on yourself, knowing that this brings joy, satisfaction, growth and enthusiasm for absorbing the experiences that will come into your life.

And how long are we consciously living in the fortune part of our birth chart? For many people, they may never find that point on the chart and others will reach the end of their time. I personally believe that it is not about seeking happiness as a state of consciousness in which you are going to stay for a long period of time.

Rather, it would be a matter of recognizing that point in the natal chart in which you become more aware of the place you occupy in life, of developing yourself as a person with the best qualities for which you are designed and this in turn will bring joy, enthusiasm and that uncertain happiness of which everyone talks.

In any case, knowing your share of fortune makes it possible to approach and tune in to the universe that contains you, in this way the music you broadcast begins to sound much better and more in tune.

The wheel of fortune in this sign says that you will achieve what you propose with your own personal effort, be it in the form of ideas or material objects. Without goals, you would easily lose sight of your direction in life.

Everything will be solved easier for you, if the objectives are framed in a unity of mind and willpower.

Happiness comes through goals and the force that motivated you to seek them.

The graphic symbol of Aries is an ideogram resembling the horns of a ram, but opening outwards, in the form of expansion, as the Aryan’s pioneering conquest and impetuous way of being.

This says a lot about the myth of Aries, whose natives throw themselves into the most difficult endeavors, with the full conviction that everything is possible the way and at the time he wants. His energy is so intense that, by the Law of Attraction, which is the science of possibilities, he almost always ends up achieving his goals, however absurd and gigantic they may be.

Of course, things don’t always happen exactly as planned, because we know that the impossible sometimes takes a little longer. And when the Aryan doesn’t get something, he collapses from his winged fleece, completely devastated.

But there is not even time to warn him about this, because there he is picking up the pieces and hurling himself head and horns, behind another goal. It takes some ugly falls and some fights with other hardheads, to teach you that not everything can happen in that minute according to your own unique creative energy.

But many other signs, which are easily discouraged, would need to develop a little of the Aries’ obstinacy. Just as he needs to learn a little bit of moderation.

Aries is a warrior, active, energetic and passionate. He almost always acts on impulse and, sometimes, in a turbulent way. Strange creature that ram of fire! He is very tense and hypersensitive, but he sees things positively and optimistically.

Just as he is capable of deep thoughts and considerable tenderness, when he least expects it he is already engaged in a new crusade and is so focused on his own navel, that it is as if the others around him do not exist.

When the Aryan is on his shadow side, he looks like a spoiled child and thinks he is the center of the universe. His selfishness can be difficult to live with, and consideration for the other is something he doesn’t even consider.

Aries is so brightly creative, courageous and enterprising, that the shadow is proportional to its brilliance and projects in a grandiose way:

The expectation that others will solve routine and unpleasant issues for him can be a big problem for many Aryans. They seem to believe that the world owes them something for their wonderful gifts and when they don’t, they are angry and irritated, as if life has offended them.

Not that Aries are averse to work, on the contrary. He works to exhaustion, as long as the job is what he wants to do. And all the tedious details must be resolved before he arrives. He doesn’t want to be bothered by this.

Aries’ productive and artistic versatility is astounding and notorious in the works of many creative geniuses throughout history. Among them are none other than: Leonardo da Vinci, Charlie Chaplin and Francis Coppola.

Part of Fortune in Aries – Meaning and Symbolism

This position suggests that there is a greater need for independence, with the native being someone more autonomous and responsible for his life and his decisions.

In addition, he receives an extra dose of bravery that will take him wherever he wants with more assertiveness.

On the other hand, if the energy is not well worked or is under tension, it will have an adverse effect, leaving the person insecure and more dependent. This will make her feel comfortable only when someone is around to guide her in her decisions.

For fear of displeasing people, you will also avoid giving your opinions, especially if they differ from each other.

This need for acceptance is usually triggered in childhood, in which the person in training may have been exhausted by a series of ready-made rules in order to satisfy others, or by the fact that the child has been passed over, not receiving the attention and support he needed.

It may have been a little trained to please others, causing you not to have so much voice or initiative in adulthood.

Therefore, you may feel that you need to impose yourself and defend your position because a very passive posture can be annoying. Use your instincts, trust your intuition, do what you want and what brings you happiness in an assertive way.

There are chances of great joy whenever you are the leader or pioneer in your actions, or when you are involved in adventures. Cultivate courage and patience, as it is possible that you have an abundance of energy that needs to be released. Joy is found when you courageously face challenges and obstacles.

When this point on the map is balanced, you are able to feel more pleasure when you start something new and run after your desires courageously. Competition tends to be an important topic, since some of your happiness may be linked to a possible need to win.

To experience lasting happiness you have to discover the new world, again and again, satisfying your adventurous spirit, which you do not necessarily have to see with your travel.

Even everyday life could be converted to them in a fascinating event, full of diversity, but that peaceful life and routine would not be your say. I seek the straight and the risk, because they like to show and show their courage and strength from where they come.

Personal success and the awareness of having achieved them have caused a great deal of satisfaction, at least for a few moments, which I then sought out in challenging situations. People who have the Part of Fortune in Aries need to be active and act spontaneously, instead of planning their actions for hours and days.

Deben must be careful that her self-centeredness does not suffice to the people who are around her, because despite her desire to be independent, she needs the company of others. Also, the meeting with open and adventurous people as they will give us new help.

An example of the Part of Fortune in Aries is the scientific Albert Einstein a pioneer of science that with his Theory of Relativity broke all the schemes.

Besides, he has the Part of Fortune in house X, so he must feel very good about his profession, with his achievements and recognition.

It is curious how it has the part in conjunction with the most rational planets -Saturn and Mercury-. People with the Sun in Aries tend to have a great focus on themselves, on their own conquests and desires, feeling internally that they need to follow their own path.

They usually don’t like being told what to do. As they evolve, they learn that they are not the center of the world, but part of a larger organization.

It is the responsibility of the natives to accept this idea, that they are part of a large group that includes people other than themselves. Aryan personalities who do not develop this kind of maturity can be demanding, selfish and dominating.

They thrive on the challenge, they like to compete (and win). Although they enjoy company, they tend to be more independent and are not too afraid of loneliness.

Your life force can either be used to inspire others or it can be turned inward, reflecting only your own needs. They tend to be naturally enthusiastic and ready for various activities, being very good at animating and bringing life to any environment or event.

With a very lively essence, when urges of selfishness occur, these may be only the result of behavioral carelessness instead of intentional rudeness.

Being combative is part of their essential mode of operation and Aryans considered more “root” will readily express their frustrations without much thought, as they often do not know how to deal with the raw energy of fire, failing to filter it properly?

This does not mean that they want to hurt their feelings, they just speak without their ideas being fully developed.

Creative ideas and projects also seem to spring up frequently. They tend to be more courageous, have a lot of energy, be opinionated, uncomplicated, direct, enthusiastic, independent, impatient and stubborn, always willing to face new challenges.

Even so, the person can have all these characteristics and still have a calm temperament.

In fact, many people with the Sun in Aries can be more stationary, especially if other map positions support this condition.