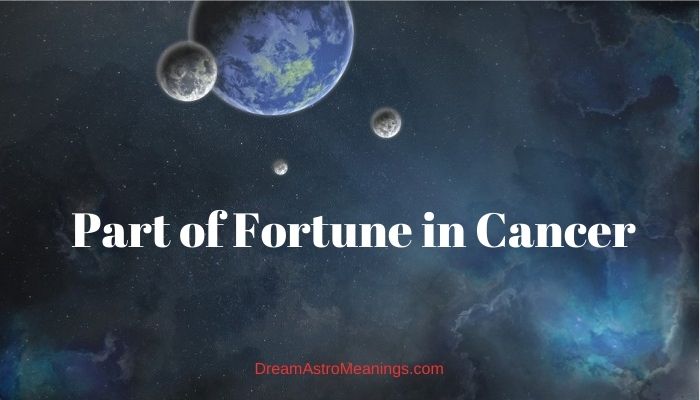 Happiness is essentially achieved at home, in the family or in any well-defined and focused field of activity.

But, the feeling of home can be extended to a nation, to a social class or to a religious organization.

Normal satisfaction and ease of operation are found where personal and private points of view are followed; enlightenment, however, is achieved through personal identification with some greater whole, social or spiritual.

Fortune is the Roman goddess of luck, be it good or bad. It is usually represented with the cornucopia, symbol of abundance, and the rudder, which in itself already resembles the figure of the Wheel, plus the sense of direction.

In the image of this arcane we see a large Wheel that is supported on an axis, and at the top a figure (usually a sphinx, which symbolizes the challenges), as well as a character rising and another descending in its arc. It is not about the money wheel, therefore. It is the wheel of life.

The wheel turns and then a new phase begins. They are cycles within cycles – some more extensive, others of short duration.

Instability in feelings, the spinning wheel, the ups and downs. Anxiety, emotional confusion. You don’t know what you want, or what you don’t want.

Altogether, at the same time, now. Something is changing at the heart of the relationship, or is about to change. In sex, the multiplicity of partners or roles. Embody characters.

If everything is cyclical, the “Wheel of Fortune” is a warning about the constant transience of our experiences.

Separation, in one way or another, is inevitable – even in the case of eternal loves. Stability is relative, we live in constant change. The duration of these cycles acts differently in the life of each individual.

Thus, we tend to call “periods” when those periods remain unchanged for a long period of time, but even this notion of time is relative.

Life, however, is unpredictable. Twists and turns can happen at any time, because we do not have total control of what happens to us.

Decisions and correct choices, as well as our capacity for analysis and action, are major determinants of the directions we take in our existence.

However, we must remember that we are also subject to external factors, to the strength of circumstances and to the will of the other – or the others – throughout this journey.

The “Wheel of Fortune” invites us, therefore, to be open to the opportunities that fate offers us, to take advantage of good luck and to deal with streak of bad luck, denial or periods when things are not going well.

The symbol of Cancer is the crab: It represents the emotional ups and downs that move like the crab and that finally hide in its shell.

Water is the element of Cancer and gives it great sensitivity, it also connects you with the intangible world, the world of dreams and intuition, and it also makes you be fickle in your moods, which can go from great joy to profound sadness.

Cancer relates to its environment through feelings. Emotional for having Water as an element, Cancer wants to express his feelings, although he does not always achieve it clearly, since he experiences them so deeply that he finds it difficult to verbalize them.

The Moon, our satellite, which represents the sphere of the sensible, the imagination, the feminine receptivity, the capacity for adaptation and assimilation, governs Cancer.

The Moon also influences the memory, the capacity for intuition, inspiration, the sensitivity and the premonition of those he governs.

Cancer, thanks to the Moon, is also sensitive and shy. The Crab needs to feel protected in her relationships, she looks for men of strong character who counterbalance his sweetness, submission and hypersensitivity.

The Crab, for its part, will look for a woman in the couple who reminds them of her mother, as that will make them feel like they are back at home.

Feminine is the gender of Cancer, which gives it inertia, passivity and a great inner world. In addition, it makes you receptive and influential.

By belonging to this genre, and having Water as an element, Cancer is also dynamic, capable, thinking and although it has an apparent cheerful and communicative disposition, it is rather introverted.

Being female, Cancer is a sign of negative polarity, it is one of those who wait to be invited without taking the initiative.

Beneath his apparent calm, flows a great sexual impulse that likes to entertain himself in foreplay. Cancer’s femininity also makes her faithful, creative, and unpredictable.

Cancer is all sweetness and fecundity. It is the sign of femininity and motherhood. It is the sign associated with pregnancy, mother’s milk, the uterus and consequently the house, the home that is where Cancer gets its strength from it: when the crab is scared, it hides inside its shell.

He is also passive, receptive and sensitive, linked to his family, always tied to the past, to childhood, to his memories, it is difficult for him to cut the umbilical cord with his origins and many times he does not succeed, because he prefers to cling to the security of the past.

Cancer is also characterized by its unstable, restless mood and by a continuous alternation between moments of introversion and of joy. Susceptible and very vulnerable.

If Cancer is injured, he immediately closes in on himself. He takes refuge in dreams and fantasy to avoid the problems that accepting reality implies.

People born between June 21 and July 22 belong to the Cancer zodiac group. It is the fourth sign of the Zodiac, the second negative in nature and whose quality is cardinal.

The summer solstice reaches its zenith in the Northern Hemisphere over the Tropic of Cancer, at noon on June 20 or 21. Because of this Cancer is one of the four cardinal signs of the Zodiac.

In addition, the Cancer sign is ruled by the Moon and without a doubt the zodiacal signs and the dates of each of the signs, with our website you can learn the symbolism of each sign.

This encompasses a world of feelings and thoughts difficult to describe for those who do not belong to the sign of Cancer.

The dream world, which we glimpse in dreams, is very present in those influenced by Cancer. No other sign is as easy to access this plane of reality as Cancer, thanks to its sensitivity and imagination.

This allows people under the influence of Cancer to give an irrational, although generally correct, hue to the decisions they make in their day-to-day lives.

Cancer people are introverted and shy by nature. They prefer contemplation and tranquility to noise and crowds.

Through meditation and introspection, they capture nuances of the world around them and are able to transmit them to those around them, voluntarily or involuntarily.

Those under the influence of Cancer transmit security and trust to their loved ones. They like to take care of others and feel cared for, but without falling into self-centeredness. They are very empathetic people, they love taking care of children and the elderly and are able to communicate with them without great effort.

However, they run the risk of rejecting the use of reason and using only their feelings when making decisions. Like the crab that encloses itself in its own shell, they hide their sensitivity and shyness behind a facade that can be harsh.

This defensive strategy is also your way of reaching your goals. They are nostalgic people, they tend to look to the past more than to the future. They feel that the experiences of yesterday are repeated in the present and therefore must be taken into account. They often turn to childhood memories to make important decisions.

Both Cancer and its complementary sign, Capricorn, care about the society around them. Cancer people place great importance on the well-being of the family, while Capricorn focuses on observing and complying with the rules of society to achieve personal well-being.

Like the other signs of the water element, Scorpio and Pisces, Cancer is sensitive and gets carried away by its emotions. If they had to be compared, Cancer would resemble the depth of the sea, while Scorpio would be like the murky waters of a swamp and Pisces the dynamic and restless waters of a mountain river.

Cancer’s favorite color is white. His lucky numbers are 2, 7, 11, 16, 20 and 25. His favorable days of the week are Monday and Thursday. It is compatible with the signs Scorpio and Pisces, while its opposite or complementary sign is Capricorn.

Part of Fortune in Cancer – Meaning and Symbolism

It is convenient to develop sensitivity, tenacity and memory to find family harmony and with the groups of people that are related; these will make you happy.

Happiness and affection through like-minded people and family who receive their protection and affection. You must not fall into indolence, susceptibility, or live in an imaginatively fantastic world.

It is known that some actions need to be well thought out and deepened, but others must be almost automatic. Box 3 is linked to both modes, but more with the quick and automatic way of thinking. Implicit and semi-automatic knowledge is a theme of Casa 3.

For example, driving a car without thinking about the details of the act, almost mechanically and arriving somewhere without even realizing how it arrived.

Incidentally, this house also talks about the characteristics of our means of transportation (which is our type of car, for example). It also deals with the equipment we usually use in our daily activities, especially those related to communication such as computers, smartphones or other devices.

The places and spaces analyzed in Casa 3 are those in which we feel comfortably acclimated, which are very familiar and commonplace.

It is basically what happens in our daily and local environment. Its scope has simple themes such as the bakery that we visit every morning, the square that we pass on the way back from work, the neighbor and doorman that we always greet and talk about the sun and rain, etc.

Depending on the stars and signs involved in the configuration of Casa 3, we can be more or less expressive and communicative, interacting more or less easily in our community.

As a handler for the transmission of knowledge, learning and the exchange of information in general, Casa 3 governs primary and secondary education (although not higher education), short trips (like those we do on school trips and work events), walks in the vicinity and family ties between brothers and sisters.

It describes the nature of our intellectual processes, the quality of our logical and linear thinking, how we adapt and understand the environment around us, how we observe, deduce, learn, organize and communicate in a practical way.

Thus, she gives tips on our learning style, indicating the best way for us to assimilate