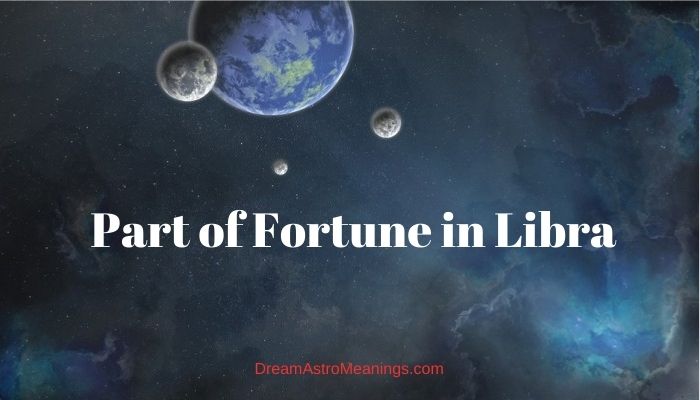 To find success, you need to maintain spiritual harmony. They need to cultivate traits such as decency, justice, mercy. Wards of the Sign are “lucky” to have business partners. Business negotiations, litigation, as a rule, are resolved in their favor.

Profitable activities: jurisprudence, entrepreneurship, charity, diplomacy. Representatives of such a connection can achieve recognition in drama and poetry, vocal art and ballet, in cinema and on stage.

With affected connections, problems arise due to apathy, imbalance, numerous novels, and an irrepressible thirst for universal attention.

Here a person achieves the greatest happiness through interaction with energy, which can be called “not defending his rights.” He feels most comfortable moving with others, rather than expressing personal desires that can disturb the harmony in the company with which he communicates.

There is an attempt to merge with the desires of others. This leads to a constant change of point of view when trying to gain recognition.

This person knows that by hurting others with furious assertion of their own desires, friendships and good relationships can be jeopardized.

Therefore, instead of defending his own will, he tries to interact with what situations and life circumstances impose on him. He rarely makes important decisions himself, since, in a positive sense, he sees himself as part of a larger whole, which consists of forces beyond his control.

He feels that defending his will without considering these influences takes a person out of harmony with the stream that directs life.

Through the Aries Piece of Impartial Consciousness, he is familiar with the “pioneer” energy.

A person feels the ability to project personal desire far into the future, making it a product of his own desire. If he wants to be happy, then he should not be identified with this knowledge.

The energy of Aries is so strongly charged that selfish use of it will cause a loss of perspective and balance. It is imperative to consider the effects of actions before they are taken.

Therefore, Libra needs to know both sides of the matter. This leads to a life that is based on what others want, rather than on the full expression of personal desire.

However, it is precisely this deviation from the “natural instinct” that will bring great happiness to man.

In the imagination of every Libra-born teenager, a picture is drawn that he or she must find a prince or princess.

In adulthood, many unfolding unsuccessful events, personal dramas, broken hearts and disappointment, which further makes them seek their ideal, formed in childhood in the most extraordinary manner, for some it becomes an obsession like the search for the Holy Grail.

Always passionate love, changeable relationships and a constant search for truth sharply distinguish the owners of the Libra sign, but only the search for balance is the purpose of their existence.

Sooner or later, any storms subside, and Libra, fortunately, finds the balance that they were looking for, perhaps this balance of power does not apply to all areas of life, but for the most part it satisfies them.

Often such people find themselves in business, where they are completely devoted to their favorite business, often this makes them extremely successful business people.

Sometimes an unexpected love or an unexpected romance can overthrow the current life of Libra, put everything upside down and change the foundations on which the whole existence of these people was kept. This is often a difficult period, a period of choice and decision-making.

But, oddly enough, after the lapse of time and Libra’s awareness of all the delights of a new relationship, they come to understand that together with a partner, they can become better, open new horizons of business opportunities and, in general, express themselves much more fully as a person.

No matter what they say, the charm of Libra lies in their ability to gather fair people around them, playfully forge friendships and warm relationships.

There is, unfortunately, the sad fact that many of Libra would have taken place as talented businessmen or as creative personalities if they were alone, but love ruins many of them.

However, this is still a view from the outside, and for those Libra who were able to find a cherished dream and meet their princess or prince on their life’s journey, this is a completely different story…

People born under the sign of Libra are quite pleasant and benevolent. But at the same time, sometimes they can be gloomy, they do not like when they begin to be ordered over.

Libra strives to achieve balance in everything, and if this fails, then they can become depressed, in a state of despondency and irritation. Mood swings are common in Libra. It is usually difficult to resist the representatives of this sign, they can cause sympathy with just a smile.

If Libra needs to make a decision, then they can hesitate for a very long time and find it difficult to make the final choice.

But if the decision has already been made, then it will definitely be final, Libra is not used to changing their mind. In work, Libra is active, works a lot, but at some point they can stop their activities, plunging into a state of laziness.

This is natural for Libra, during such a period they restore their strength, so that they can then start working with renewed energy.

Libras are honest and responsible people, they approach work scrupulously, trying not to miss anything. Their ability to concentrate and penetrate into the depths of things is simply amazing.

There is duality in the nature of the scales, each positive trait is balanced by a negative one. Libras hate rudeness, but at the same time, they will definitely abruptly end a situation that they do not like. They love people and at the same time they hate the crowd.

They always reconcile those who quarrel, but sometimes they themselves are not averse to flaring up. They are restless, but rarely rush somewhere. In a word, those born under the sign of the zodiac Libra are quite unusual people who seemingly combine incongruous features.

People born under the zodiac sign of Libra have several positive character traits that other people value very much in them. For example, such traits include honesty, sincerity, and attentiveness. Libra is very judicious in behavior, practically not conflicting, rarely swear and scandal.

A sense of aesthetic values ​​is very developed among the representatives of this sign, love and friendship for them is not an empty phrase.

Among Libra, there are a large number of romantics and poets, as well as simply subtle and sensitive natures, capable of empathizing with other people’s problems.

As a result of the fact that Libra is constantly trying to please everyone around them, they can literally lose their individuality.

In addition, Libra is very dreamy, but often everything remains only at the level of dreams and does not come true.

Libras are often lethargic and lazy. Also among the minuses of this sign is the lack of a sense of humor and a certain superficiality.

Part of Fortune in Libra – Meaning and Symbolism

The bonds of personal relationships based on mutual restraint satisfy all the people involved. A person with a Part of fortune in Libra feels like he should be part of something to which he belongs. He seeks to end this sense of incompleteness by finding people and circumstances that represent ideas and experiences that will define his living space.

In an attempt to become unselfish and non-offensive, he develops a gentle and tactful nature that knows how to please others and pacify them.

The more a person is able to do this, the more he may experience an inner satisfaction that stems in part from the knowledge that he was never personally responsible for the disturbing circumstances. Shakespeare formulated the deepest life question in this form: “To be or not to be …” This could well have been addressed to the Aries / Libra polarity.

If the answer came from Aries, it would surely sound “to be.” The natural answer of Libra would be “not to be”. The Part of Fortune in Libra symbolizes the balance at the center of the zodiac. This is a window through which a person sees all the possibilities, but he never establishes a personal identity with any of them.

He maintains a delicate balance, experiencing aspects of many individuals, but never establishing one that is unique and his own. However, through knowledge of all the life around him, he can develop a sense of satisfaction.

Lao Tzu, an ancient Chinese sage, wrote: “Thirty spokes divide the rim of the wheel. The hub makes them all useful …” And elsewhere: “… it is the free space of the window that makes it useful.” The Part of Fortune in Libra is truly a hub and an open window of consciousness.

All thoughts, desires and emotions of humanity revolve around it and flow through it. She presents a collection of all kinds of sounds and colors, so that she becomes immune to a specific, personal identification with any of them.

This applies to everything for this sign. A person with a Part of Fortune in Libra partially experiences all the energies of the zodiac.

The central scale allows these energies to flow through the person so that they collectively form a complete and complete personality. The feeling of joy and satisfaction comes from the feeling that one belongs to everything.

This sensation can bring a person closer to the realization of desirelessness, which will be the basis of true satisfaction.

Without needing to have needs, and without being jealous of others for not having, a person with this Part of Fortune position can balance all experience and feelings and remain calm in life.

Peace of mind is achieved by balancing opposing feelings (your own or those of others) until unity is felt.

Acting as a vessel or channel for life helps that person develop a sense of impartiality.

The ability to become impartial stems from an acute awareness of the personal nature of Aries through a Piece of Impartial Consciousness directed through Libra / Venus – the feelings of other people. Man sees egois personal and “private” desires of people, however, can find a place for them in the grand scheme of things.

The “pot of gold” at the end of this rainbow is the knowledge that the creative energies of other people in a person’s life and their desires will determine the correct life pattern.

Thus, in a rather unusual way, a person is interested in that he never has to make right or wrong decisions. Following the forces that guide a person makes it possible to make the necessary decisions.

This belief in the cosmos stems from the positivity of the Part of Impartial Consciousness in Aries. It is an expression of Martian courage in the face of the unknown.

There is great peace of mind in knowing that the world will take care of you in every way and at all times.