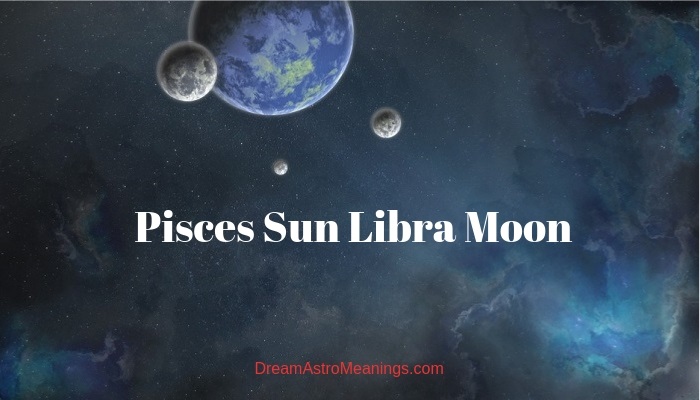 Stars guide our way and make us wonder about secrets and mysteries of the universe we live in.

It is a very strange notion that some of the stars we see from our planet are not there anymore, being distant from us in both space and time.

Since ancient times, people have used the stars for navigation and all sorts of measurements, but also to try to predict the future or analyze events that already took place.

Many spiritual systems consider stars and planets and important element of observation; many scientific disciplines, as well.

Religious and spiritual systems, but also esoteric and mystical ones, relay on skies and stars.

Here, we focus on astrology, a specific system that has somewhat scientific background, although considered an alternative and a pseudo science.

Astrology is very old, originating from a period as old as our civilization was. Western astrology comes from old Persia and is still being in use.

It is closely related to astronomy; in fact, the two disciplines were once considered the same.

Western astrology is based upon the Solar system, with the Sun being its central element.

The Sun is the first element of an astrological analysis that an astrologer would observe in a natal chart. We speak in terms of natal astrology, which is one of the several branches of astrology.

It is the one people are commonly the most interested in. Natal astrology analyzes individual destinies, as seen in the skies.

Most of us want to know more about our own astrological destiny and of the ones we care for.

To begin with an analysis, an astrologer would look out for the position of the Sun. The Sun carries the most of one’s basic and defining personality traits.

It represents self-awareness and all the traits and characteristic a person openly expresses in life. It is something you cannot hide, even if you try to. The Sun sign is who you are.

The Sun represents Ego, attitude, personal strength. It defines your potentials and possible maximum, in the best light. It greatly depends on other elements found in a birth chart how these potentials are going to develop.

Your Sun sign defines your point of view and your attitude towards life. In short, it inspires your will for life.

It rules the sign of Leo and is also a masculine principle.It stands for figures of authority in a person’s life, namely the fatherly figure.

The Sun is one’s guiding star, the one that wants you to become the best version of yourself.

We have said that the Sun sign represents your true self. There are thousands of people of the same Sun sign as you are, but each one is different.

That is so, because other signs, planets and aspects in an individual natal chart affect Sun signs.

Therefore, there are no ideal or typical Pisces, in reality, although each representative would express typical Pisces traits in certain situations.

Pisces is a water element signs, closely associated with spirituality and emotions. In fact, Pisces are one of the most emotional and empathic signs. They are also highly imaginative and intuitive.

Pisces are often lost in fantasies and they are daydreamers. Pisces do not like confrontation and tend to avoid inconvenient situations. They are sensitive and cannot handle any negativity easy.

These people are extremely compassionate, perhaps more than they would like to be. They absorb other peoples’ feelings, which can be as good as it could be bad. They are emotionally supportive and they need it in return.

Pisces would always be there to comfort you.

They are benevolent and gentle. Pisces see through people very well, but often lack courage to stand against those whose ideas they do not like.

Emotions overwhelm Pisces individuals often, so they search for channels to vent out. Art is their primary choice, or something spiritual, or both.

They are creative, imaginative and usually naturally talented for at least one artistic skill.

Pisces are not materialistic; they do not set rules and restrictions, which makes them unorganized and unreliable at times.

Besides your dynamic and manifesting Sun personality, there is more to it and it is your emotional and intuitive self. The Moon in your natal chart marks it.

The Moon has always been associated with mystery and magic, being the subtle, nightly Luminary.

The Moon travels very fast throughout the Zodiac, which makes it a changeable, unstable element. The Moon is a wanderer in between the worlds.

The Moon represents dreams, instincts, intuition and sub conscious mind, all dependent on emotions. The Moon defines one as an emotional being and helps a person emotionally develop.

The Sun sign does not really worth much without is dreamy emotional counterpart.

The mind needs emotions; these two represent the greatest and the most important duality in a human being.

In your birth chart, the Moon sits in one particular sign and the house. The sign defines your emotional response, emotional flexibility and capacity, influenced by other elements in a birth chart.

In some people, this energy flows free and unrestricted; in others, negative aspects block it or the very sign is not a favorable place for the Moon.

The house the Moon marks represent the sphere of life that would bring one the greatest emotional satisfaction, but also makes him or her the most sensitive about.

With good aspects, a person is compassionate, emotional, but not over sensitive, kind and caring. With bad ones, he or she is emotionally unstable, nervous, insecure and else.

Libra is the sign of balance, peace and harmony. The Moon feels very well in Libra, since this sign naturally tries to create the balance between reason and emotions.

This means that people with the Moon in Libra are compassionate, caring and kind, but also keep cool head when needed.

They are diplomatic and peacemaking individuals; Libra is ruled by Venus, the planet of love.

This sign is naturally predisposed to find beauty and love in the world around; the Moon only nourishes that nature and makes a person compassionate, empathic, capable to enjoy life to the fullest and to be very relaxed in it.

More importantly, these people do not lose head in dreams. They are extroverted, down to earth, pacifistic and very approachable.

Moon Libras are sensitive towards injustice and they would always stand for those whom any injustice was done.

Although Moon Libras are generally easygoing and relaxed, which often makes them appear indifferent and indecisive, in matters of justice/injustice they are very determined, courageous and ready to act.

However, their ways are always the most peaceful ones, which also makes them great people.

Pisces Sun Libra Moon is a pacifistic, benevolent, merciful and compassionate personality who knows the difference between reason and emotions.

This personality is empathic, but also capable to hold others emotions at bay, unlike typical Pisces who take everything too close to their hearts.

They are usually oriented towards helping others, being pacifistic and great humanitarians.

It is in their nature to stand beside those who need help and to try to find diplomatic solution to any problematic situation.

They are intuitive and imaginative, so it help s them be even more efficient. They are creative and openhearted.

Pisces Sun Libra Moon are much more approachable than Pisces natives are in general. Libra Moon makes them more present in reality; these people like to be surrounded by people, they are extremely good listeners and would carefully think before they offer an advice.

They are kind, elegant, generous and warm people, easily loved by others.

There is rarely any drama with these balanced people. Pisces Sun Libra Moon are guided b good intentions and are philanthropic.

They are supportive and loving friends, always ready to listen to you and offer some help or at least a comforting shoulder.

They never ask it in return, feeling good about simply helping someone. They are laid back, relaxed, creative and highly intuitive people.

They could become too much laid back, which makes them miss out really good opportunities in life.

Pisces Sun Libra Moon are pacifistic, which is great, but for one part, they are actually afraid of confrontation and avoid at all costs.

They always try to find the easiest way, which makes them sometimes give up things that require the harder one. They are prone to lack of motivation and enthusiasm.

Since both of these signs are emotional, with Libra being a particularly loving one, Pisces Sun Libra Moon are kind, warm and gentle lovers.

However, they enjoy the state of amorousness and love to flirt. Mysterious Pisces is so magnetic and intriguing and warm and charming Libra is irresistible.

They easily attract people. They however need time until they decide on a serious step such as marriage.

The best match for these warm and emotional personalities is someone who has similar emotional capacities as they have.

It should be someone caring and reliable, someone who would openly show them warmth, kindness and emotionality.

They need a person to talk to, to be physically close to them and to share their emotions without restrictions.

It should to be someone more organized then they were, but not obsessive about it.

They know where to put their emotional limits instinctively, not letting others’ feelings overwhelm them, but still very willing to help others and efficient in it.