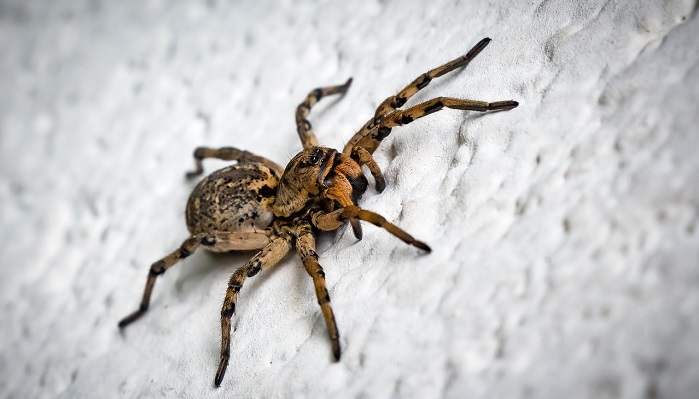 Spiders are one of the oldest symbols that represent mystery, power and progress.

This mysterious creature and its puzzling, extraordinary net have been attributed all sorts of mystical and magical meanings, from the most ancient days of human civilization until modern times.

Seen as spiritual and symbolical animal, spiders represent creativity and creation, destiny, development, patient work, but also with feminine principle and its powers.

On the other side, as a creature great majority of people find scary and repulsive, spiders are often associated with dark and negative energy, with dark side of a human being.

Spiders are commonly associated with everything obscure, mystical and difficult to fathom.

The creation of spiders’ web is often seen as manipulation, some ominous creation and holding strings from shadows.

In general terms, spiders are animals given dualistic meaning.

Just as many other creatures found in mythology, legends and spiritual beliefs, spiders are seen as creatures that possess the dark and the bright side; they are both positive and negative, or either positive or negative, depending on the context.

As a symbol, spider reflects all aspects of human life.

In various cultural systems and traditions around the world, spiders are much praised for their engineering talent and skills. Take a modern urbanized society point of view and you will so how right it is.

Spiders’ webs are, in fact, a true miracle of animal engineering. 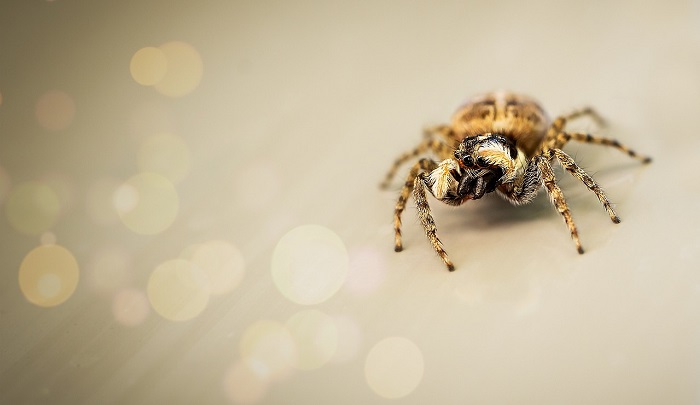 Scientists research into composition of spiders’ webs, trying to find a way to create a similar material that we could use in constructing.

Moreover, its incredible skill is not associated solely with given talent, but also with idea of patience, maintenance and perseverance.

Symbolically, spider web represent a true masterpiece of art and constriction. As a spirit animal, spider helps one to find inspiration, focus and patience in order to make complex, the finest and the strongest patterns that mean whole life.

Allegorically, these patterns are not actual and material things, but also patterns of thoughts and ingenious ideas.

As universal symbol of creation, spider is associated with feminine, motherly principle in numerous traditions. It represents the essence of feminine power.

For example, Ancient Egyptians used the symbol of a spider to represent the Mother of gods, the goddess Neit. Similar associations are to be found in Native American traditions, while they also associate it with the idea of Creator.

As a creator of such a marvelously strong, complex and detailed structure as its web is, spider represents an integration of different aspects of human life.

Spider, in that sense, represents the complex created of human personality, spirit, mental and emotional aspect, his or hers past, present and future.

Numerous superstitions tell about spiders; one particular group is that about spiders in the house, of which we are going to talk more later on. Seeing a spider is usually considered a lucky sign.

Since spiders are associated with creativity, progress, patience and destiny, to see a spider indicates you are on a good path, in terms of creating your own life and fulfilling your destiny.

If a spider lands on your body (well, of course, if it was not a venomous one), it is considered an extremely lucky omen.

On the other side, since most people are not very pleased by spider’s strange appearance, seeing a spider could also be understood as something negative.

Spiders are truly amazing, but creatures strange both to our eyes and minds. In this regard, spiders represent obscurity, dark side and our negative aspect.

Usually, seeing it is not considered a bad omen, but it could be interpreted so, especially if it makes you feel extremely uncomfortable about it.

Spiders in the house meaning

Spiders in house are not something one would wish for, but let us think deeper.

If we turn only to reasonable explanations, well, spider species that could be found inside people’s homes are usually not dangerous for people.

In fact, they prey on insects that do bring us harm, such as mosquitoes.

Therefore, next time you see a little spider and intend to smash it, remember the little guy has a very useful task.

What about symbolic or spiritual meaning of spiders in house? It depends on many details, of cultural context and of course, of personal feelings towards spiders in general.

For people who suffer from arachnophobia, which is fear of spiders, seeing even the tiniest representative of the specie could be a traumatic event and it certainly does not bring them good luck.

If you think positively of spiders, you could consider it a lucky sign, regardless of where you see them.

Single spider in the house

If you see a single spider in your house and you are not particularly afraid of them in general, it could be your totem animal or simply a symbol of creative energy.

In these terms, this little one represents your own inner energy, creative potential and mind.

It is also a reminder that you should be focused and patent while doing your work or working on fulfillment of your dreams.

Spiders make their webs slowly and with great dedication; you should take a lesson from your visitor.

If you see a spider descending from the ceiling in your house, it could have different meanings.

On one side, it could be a symbol of a new creative idea that will soon awaken in your mind, since spiders represent creativity.

On the other hand, it could represent something you are trying to avoid, but it keeps coming up repeatedly. It is very likely a person you try to keep away from.

Seeing spider on the wall

Walls are common parts of the house you could notice a spider. Seeing a spider walking the wall could have different meanings, depending on the direction spider was headed.

If the spider climbs u the wall, it is usually considered a lucky sign. It means your ideas are going to be realized.

You have invested a lot of your time and effort into your plans and ideas. A spider climbing up the wall means you will be successful.

On the contrary, if it walks down the wall, it is also a sign that indicates avoidance. It could mean you are not ready for success or that your plans are still not good enough to be realized to the fullest.

This tiny fellow is a reminder to re-consider some of your thoughts and ideas, before making final decisions.

Perhaps it is time to hold back for a while and see where your inspiration will take you. This sight suggests you should never force things.

Many spiders in the house

Seeing more than one spider inside your home is not particularly a pleasing sight, you must agree.

Symbolically, it could represent invaders in your life. It means there are people in your life who invade your private space, those who cross border of your intimate space, without your permission.

They perhaps want to make use of you or are simply very rude and impolite.

Large number of spiders in house means you are or that you would possibly be involved with a project or a cause that includes many people.

It could be any form of social circles groups; e.g. a professional collective, a group of friends, a student’s group, e religious one or even something more sinister. In any case, it is a group you will be a part of, willingly or not as much.

The point is, you are a part of a collective and you are in danger of losing yourself within it, in terms of losing your integrity.

Seeing many spiders in house means this group has a major influence over the whole of your life, including your private and family life.

It is something you should think about. On the other hand, this could have meanings that are more positive.

You are, perhaps, likely to get involved in a major creative project.

Although spiders, as animals, are not known to operate together, seeing a group of spiders in your house, suggest a collective of creative individuals who so work together.

By combining and using all of your skills, your group could come up to amazing solutions and ideas that could leave mark in your life and a very positive one.

Baby spiders represent new relationships, possibly a romantic one. Baby spiders are a lucky sign, just as anything that has to do with birth is.

If you think about spiders are a symbol of creative principle, the meaning is very positive. It indicates creation, new ideas, and new opportunities in life.

However, if you turn to the darker meaning of spiders as obscure mysterious creatures, baby spiders indicate development of that dark side inside you.

It does not have to be understood as necessarily a negative thing, but it does mean you will be confused in search for your true self.

Many things will come up your way to test you. Many people find it hard to accept the mysterious side of a human soul, which there is.

Just be very cautious about exploring the mystique and obscure ideas.

Spider web in the house

If you see spider web in a corner of your house, it could represent the creative potential you have within.

On the other hand, spider webs are often found in places that are neglected or overlooked.

In this regard, it may be a symbolic reminder to take better care of something and pay more attention. Well, it might suggest you should thoroughly clean the house, but we think of more symbolical meaning.

Perhaps you have neglected a person in your life, someone who cares about you a lot, but maybe thinks it would be bad to bother you, since you seem to forget about them or just seem uninterested in their whereabouts.

Maybe you have neglected certain aspect of your life and it needs some restoration. Spider webs represent both strength and fragility, as well.

Seeing a spider web may indicate your own vulnerability or instability of your plans and creative process.

You work hard, but then someone else come in and just destroy it all, like a house of cards.