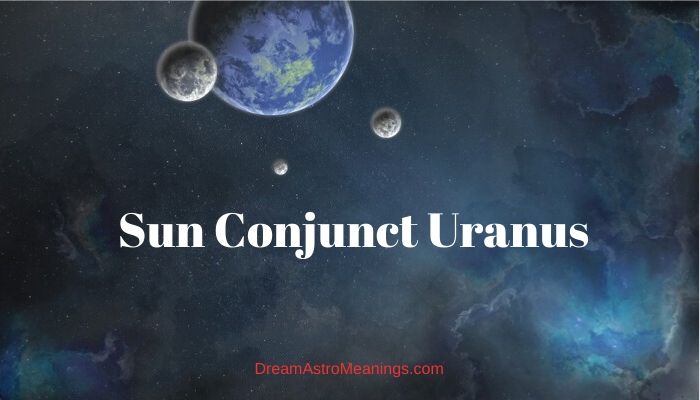 Far back into the past, nomadic tribes of the prehistoric era would look into the sky and use this starry map as their navigation. Prehistoric era strikes us with some quite incredible relics.

For example, certain animal bones scientists have found and analyzed present with markings of human origin, corresponding with the phases of the Moon. We could daresay that prehistoric humans were some kind of proto astrologers.

The oldest horoscope, however, is dated into the ancient Babylon, while roots of modern astrology are usually associated with Persia. No doubt, those ancient civilizations have had a profound interest into astrology.

Astrological systems have not been a phenomenon characterizing Mesopotamian civilizations, Egypt, Greece, Rome and such.

Chinese, Tibetan, Japanese, not to mention Hindu astrological systems are precious and abundant in information. They are different from previously mentioned and that of Western, modern astrology.

Other systems evolved in other parts of the world, as well. It could be understood as some archetypical interest into the mysterious grounds of human existence.

All these systems have one thing in common, the unbreakable bond between the heavens above and our, earthly human life.

According to astrology, the modern one, just as the old ones, our lives are inevitably connected with the stars. In fact, our destines have all been written upon the heavenly vault.

The difference between the older astrological tradition and the modern approach lies in the conceptions about the human factor.

While on older times it was believed that we were no more but marionettes of the great force called Destiny, in modern times, we are the ones to pull the strings.

Astrology still presents us with our destinies as something determined, but only to a certain point. This means that each individual has a set of potentials that are predestined; however, everything else depends on you.

With an insight into such potentials, one that you can get through the astrological reading, you would know better how to use them.

Needles to say, astrology is considered a pseudo science, but it is still very popular around the world.

It has lost its actual scientific status back in seventeenth century. Until that time, it was treated together with astronomy; they were one inseparable discipline.

We could say that all the astronomers of the past were also astrologers. Think of one Johannes Kepler, for instance.

Synastry of Relations and Natal Charts

Natal astrology is an extremely popular astrological field. Synastry is popular, as well, if not even more.

However, before doping synastry, the astrologer has to know to do a natal chart reading. Natal charts are some kind of astrological IDs. They represent those potentials we have mentioned above.

Natal chart is based upon one’s time, date and place of birth. The astrologer recreates the distribution of the Solar system planets at that precise moment and draws them into a chart.

The chart features zodiac signs and astrological houses, as well. Today, this could be easily done through a computer program.

Now, such a diagram is your unique natal chart. Planets are uniquely distributed and they form specific relations. Such relations produce energies that form your personality traits et cetera.

Why is this so important for a synastry report? It is important because synastry is basically a comparative study of natal charts.

In case of a romantic synastry, the astrologer first analyzes each chart alone and them compares them, in order to see how compatible they were.

This is a complex study that requires great knowledge and practice in astrological (pseudo) science. The astrologer access a reading in a professional and an objective manner.

Romantic compatibility between two charts would depend on many factors. These factors include astrological aspects between two charts, in the first place, but also characteristics of each natal chart. Synastry is not a rulebook, but a precious guidebook.

Synastry would explain some rather strange behaviors that occur in your relationship, for instance. You could better understand your partner, once you get to know about these specific astrological energies and vice versa.

It could point out the best and the happiest parts of your relationship, just as the bad ones.

Although it may sound too naïve, such an insight could actually help you understand your relationship much better and work on it, with joint forces.

In case of potential romance, it could tell if a person is someone of similar attitudes towards life, relationship goals et cetera.

However, you should always bear in mind that the manifestations of the potentials there displayed are not written in the stone.

Synastry aspects would play a major role in these potentials. Aspects are interplay of the planets between two charts. They create wonderfully flowing energies or those restrictive, conflicting and tense ones.

It depends on the planets and on your natal charts. Five major aspects could be divided into flowing and challenging.

The dynamic of a relationship would depend on both. Although you might rush to conclude that only good, flowing aspects are what you need, it is not entirely true. You know how they say that opposites attract.

Well, we should take it with some caution. However, some spicy challenging aspects would do only good.

Too many conflicting aspects would by all means make your relationship difficult. However, it does not necessarily mean that it would fail.

It depends on how willing are both of you to work on it, for one reason or another. It also depends on the strength of the binding aspects and so on.

Five major aspects include conjunctions, squares, oppositions, trines and sextiles. The latter two are flowing, the previous two are challenging and the primer one, the conjunction, could be both.

Conjunctions are considered the strongest aspects, which is not strange, if you have in mind that this aspect presents with almost no distance between the planets involved.

Planets in a conjunction form an angle up to 10 degrees of distance, no more, depending on the system. Their closeness makes their energies grow stronger and intense.

These energies are not oppressed, but conjoined. They work together, but the energy depends on those of the planets that form this aspect.

This makes the conjunction an ambiguous aspect, since it could manifest with both flowing and challenging energy. It is always a binding agent, a strong attraction. The conjunction is a powerful one, but one should always have in mind the planets that form a conjunction.

When you interpret a conjunction in synastry, natal charts would always have a deciding role on its overall nature.

The Sun is the most important planet in astrological sense or, at least, the first one to look into. It is, indeed, the first of personal planets, as it represents our true and manifesting self.

The Sun represents our consciousness and self-awareness. It stands for bravery, for self-importance, courage, goals, ambitions et cetera. It is literally the light of everyone’s life.

In mythologies all around the world, the Sun is always a positive principle, though deities equated with the Sun were not always of mild nature, requiring all kinds of sacrifices.

Nevertheless, let us remind ourselves of Helios.  He was beautiful and beloved, good Greek god of the sun, one who would enlighten the earth each morning, riding out in his golden chariot.

The Sun represents masculine principle, bravery, courage, royalty, high places, authority, glory and fortune. It rules the sign of the mighty and proud Leo. The Sun would always play an important role in astrology of relations.

Some authors claim that it is better to have luminary planets in any aspect, than not to have them at all.

The rebellious Uranus is one of the transcendental planets, associated more with influences on a bigger plan, than in a natal chart.

However, if this planet forms strong aspects with personal ones, its effect would be visible.

In any case, Uranus represents independence, individuality, originality, brilliant of a genius, but also that of the craziest lunatic.

Uranus is the planet that brings sudden change, associated with major events, such as revolutionary discoveries, inventions, but also mass movements, revolutions and rebellions.

Uranus does not like commitments; this planet is all here and now, looking boldly into the future, with its ingenious visions of tomorrow. This elusiveness could bring instability into a relationship.

When Sun and Uranus conjunct, expect a wonderful flow of exciting and inspiring energy!

The Sun is attracted to Uranus’ unique views and visionary spirit, empowering its individuality and making him or her even more comfortable and fueled by their own ideas.

The Sun represents life-giving energy and so it gives life to the relationship, in this regard. The sun would be open to Uranus’ incredibly original outlooks and ideas.

This connection is amazing, because it allows each partner to express their individuality without being judged from the other side; on the contrary, you inspire one another exactly to present yourself the way you are.

This is a connection between two outgoing and self-confident personalities, though of a bit different nature. The sun’s ego would not be threatened by Uranus’ liberated energy.

Uranus would feel fueled by Sun’s incredible source of energy in general. What this connection possibly lacks is certain stronger bond, which could be found in other aspects.

Individuality is amazing and an important thing to maintain in a relationship, but if there was no binding agent, the two of you may simply end up going in different directions.

Whatever the course of your relationship may be, it is certain that the two of you would brighten up one another’s day with some great ideas and the incredible energy overall.

Whatever happens, this is a positive connection; it makes you enjoy the moment shared. It inspires creativity and originality in each one of you.

There are no contrasted energies here. With other romantically binding aspects, you two would flourish as a couple.