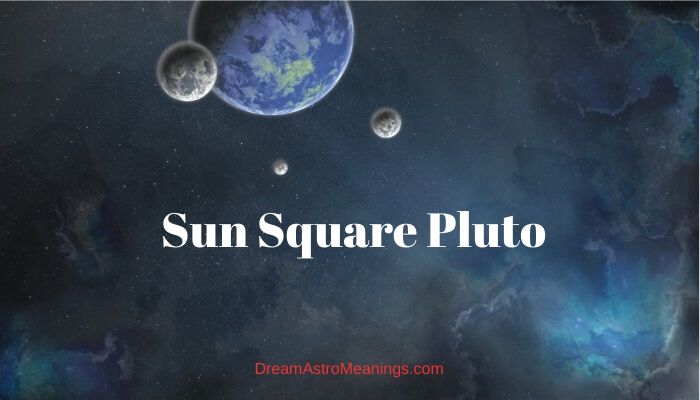 Comparative astrology is a special type of astrological analyses that focuses on understanding the relations between two birth charts.

It analyzes the aspects they create with one another and, thus, could tell much about the potential of a particular relationship. It is called synastry and it is usually done for the purposes of understanding romantic relationships. It is not a set of predictions, but more of a set of guidelines.

The first important step in comparative astrology is, in fact, natal astrology. An astrologer has to look into both persons’ birth charts, in order to get an image of what kind of personalities are involved in a relationship.

Knowing the natal charts of both partners is of a tremendous help in understanding the relationship between their charts. When analyzing the charts separately, an astrologer has to focus on several major segments.

It is of the essential importance to understand how each one deals with their emotional side, for instance. It is important to know what attitudes both have towards the concept of love in general.

The level of empathy, sympathy, compassion, the level of tolerance and readiness to make compromises are all important elements to look into. One’s expectations of a relationship could also be seen in a natal chart.

Each natal chart would reveal if the individuals are inclined towards situated, steady, married life and long term relationships or they are more of an amorous nature and restless.

The goals of relationship are essential. If the two people do not expect the same of the relationship, it could be very problematic. There is no ideal relationship, if we look it from the synastry perspective. However, this should not discourage you, but it should make you think about how to find the common tongue with your partner.

It happens that people get easily attracted to one another and then discover their ideas about life and about what the relationship should bring them are extremely different. The insight into synastry could prevent such drastically surprising discoveries.

Aspects would play a major role in nature and the course of development of a particular relationship.

By knowing and understanding the aspects in synastry, you will better understand how the relationship work, why some segments are troubling, how to improve them and, of course, which one are the best and the most pleasant ones.

In short, knowing synastry could contribute to harmonizing the relationship.

The Sun in Astrology – The Importance in Synastry

The Sun is the first of the personal planets and t tells about the strength of one’s character, in a natal chart. The Sun is about one’s inner strength, the strength of will, goals, achievements, successes in life.

The Sun reveals who you are and it also tells about one’s need to be heard out and seen. It is about the social recognition and appreciation.

The golden Sun is also about self-consciousness and self-awareness. It is a masculine principle and it rules the sign of Leo. The Sun is associated with warmth, openness, determination and strong will.

It is associated with the reputation, authority, leadership and justice. It represents kings, emperors, leaders; in short, all figures of authority.

The Sun plays a powerful role in synastry. The existence of the Sun related aspect in synastry is of essential importance. The luminous planets in synastry are important, because they allow the partners to ‘see’ each other.

According to astrological interpretations, it is better even to have unfavorable aspects involving the luminous planets, than to have none.

The mysterious and distant planet Pluto is associated with the ancient deity of the Underworld, Pluto or Hades, in Greek mythology.

Therefore, it is associated with death, darkness, but also with the cycle of creation and destruction. Its energy is a bit gloomy, solemn and threatening.

Pluto is about depths and about power, as it represents the higher octave of Mars. The Pluto in synastry is commonly associated with power struggles, with the need for control, dominance, the very need for power. It is a challenging planet, when it comes to synastry aspects.

The planet Pluto usually plays a role in what people call fatal relationships. Although some would be quite fascinated with such a description, the fatal relationship is not simply you two being crazy about one another in a good way.

It is important to understand that Pluto is a Transcendental planet, which means that its influence is not always of essential value, if it was not specifically positioned and in an important aspect.

Here, we have Sun square Pluto in synastry and we could tell Pluto’s role is not to be taken for granted.

Before we move onto the aspect itself, let us briefly introduce you to the terms of the square aspect and the synastry.

The Square Aspect in Astrology

The square aspect in astrology is the aspect of obstacles, problems, pressure and tension. In astrological charts, planets that form an angle of 90 degrees are in the square aspect. This aspect emphasizes incompatibilities, imbalance of the energies between the planets.

It causes destructiveness, difficulties and hardship. Knowing where the squares are should help one focus on finding the balance within the area of life affected by such an aspect.

Each square seen in astrological charts are based on a powerful energy of disharmony, it could cause conflicts, negative relationships, negative attitudes, and it does not allow for compromises.

Its energy is not very dynamic and most definitely is not very flexible. However, the square aspect is associated with introspection and trying to develop more tolerant approach to things in life.

The square could develop into an unhealthy direction, if one does not pay attention to it and does not try to understand it.

If unmanaged, it could lead to the development of unhealthy habits, conflicts, social problems and even illness, if we look into its natal chart effect. In synastry, the square would play an important role, as it speaks about the same type of energy, but between two persons.

So far, you certainly have an idea of what the synastry in astrology is about. To put it simply, the synastry literally represents the relation of aspects between two natal charts.

In comparative astrology, an astrologer analyzes individual charts and then analyzes them in synastry.

There is no ideal compatibility between two charts; no ideal synastry. It comes, of course, from the great complexity of each one’s natal chart, in the first place.

The aspects in synastry could be compatible or incompatible. The insight into synastry helps us better to understand the relationship.

It helps us better to understand ourselves in the relationship and our partners. This method could reveal the areas in which you and your partner are on a harmonious ground, to say. It reveals all the bonds that make your relationship strong.

On the other hand, the synastry also reveals the problematic aspects, problematic and difficult segments of your relationship.

Aspects in the synastry could give a general insight into the nature of a particular relationship; they could tell if it was or if it is going to be a dynamic or tense relationship.

For example, good energies between partners are seen in sextiles, while tensions, aggressiveness and conflicts are present with oppositions and squares.

Sun square Pluto in synastry is definitely an aspect that speaks about intensity, fascination, even obsession. The relationship between two individuals that is marked by the Sun square Pluto aspect must be intense, strong and fixed in a peculiar way.

In such a relationship, partners are into one another’s mind; they are extremely open to one another. They do not have to say a word and the one will know what his or her partner thinks and feels.

This is, to say, a dangerous type of a relationship; it is commonly thought that it could be devastating specifically for the Pluto person.

Well, yes and no, because their energies are not in balance. The Pluto person is in danger of the Sun’s overwhelming energy.

The Pluto, as mysterious and distant as it is, but, remember, the Pluto is also a higher octave of the planet Mars, would very likely start to feel endangered by the other’s self-importance, the brightly shining Sun.

This situation could cause a deep, inner need to change one another and shape the person up to one’s own expectations. Pluto partner is in risk of developing compulsive attachment.

Having in mind the intensity of the Sun’s energy, its self-confidence and determination and Pluto’s depths and its relation to destruction and creation, its connection with the concept of power, one could easily see how intense and deep could be the connection in Sun square Pluto synastry.

In addition, we have to keep in mind the heaviness of the square aspect in itself.

The depth and the intensity of emotions in this connection can never be denied. These two people would be consumed by one another. In the beginning of the relationship, this energy feels almost as a drug; it is magnetic, fatal, and irresistible.

However, since the square is a restrictive aspect and the Sun and Pluto both have to do with power, control and rule, this might get heavier over time.

The problem is that in such a relationship, one would probably find difficult to resist the need to change the other one. This aspect is about power struggle.

These two persons would definitely affect one another to the core; both have strong transformative energy in that sense. These two want domination and they seem always to choose the hard way.

As astra per aspera could be the motto of these two. They have a strong desire to know the other one to the last cell of the being, the last spark of an emotion. This is an emotional vortex of a relationship, constantly on the edge to become an obsessive-possessive relationship.

The attractiveness between the two is profound; it is much more than just physical, it is gravely emotional.

This could lead to dependency and control issues. Sun square Pluto synastry might sound intimidating, at the first sight. However, the insight in the synastry could be of a great help.

Although partners with such a strong bond really do know each other (more than needed, at times), they fail to understand why that is so and why there exists such a risk for a relationship to turn into a toxic fixation.

Understanding the synastry could help you keep your incredibly powerful bond away from the edge and develop a healthier relation.

Sun Square Pluto Synastry – The Good and the Bad

Let us summarize information on this problematic and profound connection. Sun square Pluto does not have to be bad; on the contrary, it has some rather impressive side.

Partners with such an element in synastry would show specially, spiritual level of connection.

The emotions are felt deep, though the deep insight you have into one another’s personality could be challenging.

There would be power struggles. Each one would strongly affect the other partner. It could happen that the relationship itself becomes a fixation and an obsession. No wonder the term ‘fatal’ is associated with this type of a relationship.

This relationship would most likely be the most powerful on the scale of intensity on all levels.

It is not an easy relationship; it could be ecstatic, just as it could be devastating. The key is to recognize the nature of this aspect.

The concepts of dominance and controls would not be possible to avoid, because it is literally what this aspect is about.

It is a relationship one could describe as love/hate connection. You are mad at your partner at one moment, while in a matter of seconds, you could fall into each other’s arms and surrender to your deepest passions, which are profound and rooted in an extremely strong connection, one that greatly surpasses the physical.