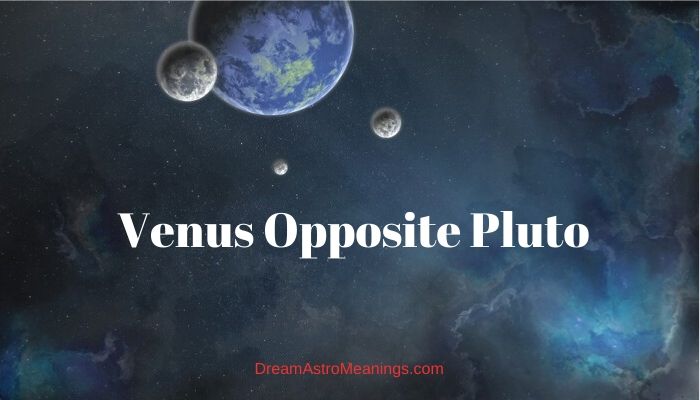 Astrology could probably be the oldest science humans have every practiced.

Well, someone would now stand up and say how dare we call this inconsistent rambling a science’ As a matter of fact, astrology translates to the ‘science of the stars’, as its name derives from two Greek words, those of astron, meaning ‘a star’ and logos, which means ‘science’ or ‘a word’. In addition, astrology indeed was a science in ancient times.

Royal astrologers were highly appreciated and respected figures on courts of the past. Great emperors, military leaders and any other figures of authority would often rely on their astrologers’ prognosis regarding some important decisions, actions, campaigns, moves or else.

Although it may seem to us as mere divination, astrology was and still is more complex than that.

Astrology is not about predictions, especially not the astrology, as we know it today. The difference, for example lies in the fact that today we consider ourselves tailors of our own destiny, even from the astrological point of view.

Our destinies are and remain written in the starts, although we are not marionettes, but actors.

In fact, we play the main role in this screenplay of life. The roll of faith unfolds itself as we live, but we use the information from the role and mold it.

Astrology provides us with such information. We will focus more on our role in our own astrological readings in the next chapter, regarding natal astrology. The ‘science of the stars’, astrology, went through different phases throughout its long history.

How long was the history of astrology? No one knows for certain, as we cannot tell how astrology first came to life.

According to some excavations, even prehistoric people, some thousands and thousands of years back into the past, have known about the importance of Moon phases and similar phenomena. Ancient peoples also have had a profound interest into celestial phenomena.

Ancient civilizations are in fact associated with the beginnings of astrology as a systematic path, one with its own rules, methods and principles. The earliest horoscope comes from the old Babylon.

Ancient Babylonians were known as great astrologers. Sumerians, Egyptians, Greeks and Romans, but also Hindu people, Chinese, Japanese and others, all have developed their systems.

These astrological systems are not the same. Each is specific in its own way, but all have the same core thing in common, the heavens above, the stars, the planets, constellations and that mysterious connection between heavenly realms and those of humans.

Astrology was discarded as unreliable and non-scientific in the seventeenth century. However, it is still worldly popular.

Modern astrology is definitely something to look into. It could provide you with information science cannot, meaning, official and conventional one.

Astrology does not guarantee anything, which is the inconsistency those that are against it would take as the strongest argument. Well, it depends how you look on it. We would say astrology is another way of looking at life.

Astrology of Relationships and Natal Charts

Today we will be talking about comparative astrology, astrology of relationships and synastry readings in particular. Why would we mention natal astrology?

Well, natal charts are the base for any synastry report as it compares natal charts of individual personalities. We talk about romantic synastry so it would be a comparison of romantic partners’ natal charts.

All you need to provide the astrologer with are your date, time and place of birth.

Today, you can get a natal chart report in just a few clicks, although it is advisable to seek for an astrologers’ interpretation especially for you.

Generalized reports are generic and thus too sterile, in terms of explanation.

However, those could also be of some use. Natal charts are important step in synastry, because by interpreting them, the astrologer learns more about the potential or current couple he or she deals with.

Astrological compatibility could be seen through a synastry report. Synastry reading is, as we have said, the comparison of two natal charts.

These connections are specific contacts that create specific energies. Synastry thus could show which elements in a relationship were the most promising and which are the worst.

Synastry tells much about the nature and the dynamic of a relationship; it could see where the relationship could go. However, it does not guarantee anything.

Synastry report would give you an amazing insight into your compatibility with another person. It would not offer you the level of compatibility, but full report on it and full, detailed explanation.

By reading a synastry report, you could learn about things you have not paid attention before and you could understand your partner better.

You could also decide whether something was worth trying or not at all.

Astrological aspects are contacts we were talking about. They make all the fun and the dynamic!

Aspects are contacts, distances, angles between planets from both charts. They present with specific energies themselves and create specific energy considering the planets that form aspects.

Aspects are traditionally divided into two groups, those of flowing and those of challenging ones.

Challenging aspects are the square and the oppositions, flowing ones are the trine and the sextile, while the conjunction could be both. These were the five major aspects, the most important in synastry reading.

Although too many challenging aspects could appear discouraging, the complex of all aspects makes a relationship, not the bad ones or the good ones alone.

No isolated aspect would define the whole relationship. This applies to the most notorious of all aspects, the dreadful opposition, as well.

Opposition is the heaviest and the most difficult to overcome. However, just as we have said – to overcome.

Therefore, even heavy aspects could be of use; not necessarily and not all the times, and not easily.

The aspect of opposition could cause some serious troubles, if there was no third party that could soften its negative influence. Oppositions are responsible for troubles, fights, arguments, misunderstandings, the worst part of planetary energies manifested to the maximum and so on.

Troublesome oppositions could constantly bring out the most negative energy in both partners.

We will look into the example of Venus opposite Pluto. This aspect definitely does not sound promising, since Venus was one of the core elements to look into when analyzing a romantic relationship.

Pluto, associated with power and possessiveness does not promise an easy game. We shall see in the following chapters. Let us meet first Venus and Pluto.

Venus was the most beautiful of all ancient goddesses, according to ancient mythology.

Venus or Aphrodite was the goddess of beauty, love, romance, fertility and prosperity, sweetness of life and all kinds of pleasures.

Venus was also the patron of arts, aesthetics and everything that was beautiful and pleasant. The planet Venus rules signs of Libra and Taurus.

Venus is associated with art, with creativity, with happiness, with our ability to recognize and enjoy good and beautiful things in our lives. Venus wants to be attractive and it seduces with its irresistible charm.

The planet Venus is one of the essential elements in synastry, along with Mars. These planets represent physical attraction, lust, passion, seduction, each in its own manner. Let us remind you of ancient mythology.

Only Venus was capable of seducing bloodthirsty Mars, the god of war. Love and war, two so different, yet so close associations, don’t you think? In Greek mythology, the deities were Aphrodite and Ares.

Charming Venus is responsible for all the harmonious and pleasant relations we make in our lives. It is sociable, friendly, open and diplomatic planet, lovely and loving. Venus is ready for compromises, inspiring gentle feelings, tolerance and understanding.

Let us see how it deals with almost equally seductive, though in a very different way, Pluto.

Pluto is a strange and mysterious astrological planet. It rules the sign of Scorpio and it is a higher octave of the planet Mars. All this suggest something about Pluto’s nature; this is a planet of power and darkness, so to say.

This planet has always been associated with magic and with mystical powers. Pluto’s energy is tricky; it could lead to incredible achievements, but it could also be devastating.

However, Pluto has incredible power of regeneration. No wonder Scorpios are indeed those capable of recovering in silence, rising like Phoenix from the ashes, after disasters unimaginable to others to get through.

Pluto awakens the darkest, the weirdest instincts in a human being, not necessarily in a negative way. Pluto dares dealing with the dark side of oneself, which requires some specific kind of courage; not everyone would face their darker self.

Pluto is associated with emotional and carnal bonds, especially with obsession, jealousy and possessiveness

Venus opposite Pluto could be a fatal combination, since these two are likely to fall for one another on some deep, intuitive and carnal basis.

This connection is especially and primarily strong in terms of emotional bonds.

These emotional bonds could at times be so strong that you would find it difficult to realize whether you love or hate one another. Both are emotional, deep, and seductive.

This deep emotional connection makes you able to dig up the feelings from your partner and bring them into light. However, it could be like playing with fire.

At times, it could be incredibly good and healing, as it allows the partner to get a relief of piled up emotions that need to be channeled.

At other times, the partner might not be ready and willing to let them all out, so they would start feeling vulnerable and hurt.

Venus opposite Pluto connection is very likely to turn into a psychologist office, spiced up with kisses and tears. This is not an easy game to play.

You may want to help one another to deal with certain distressing emotions, but it is not always a good idea. You have to be ready for very intense emotions projected onto one another.

This connection definitely does not make your relationship smooth and easy. However, it does not have to be destructive, if you turn on just a bit of your rationality.

The thing is that this aspect is loaded with emotions and that they could consume everything else. More rational and logical aspects, so to say, would make a proper balance in here.

This situation makes the relationship a heavy transformative experience. You seduce one another easily, you probably feel extremely strong physical connection and you have no boundaries in that sense.

The deep emotional connection makes it all more intense, more consuming, and overpowering.

Lust, passion, possessiveness, obsession are all terms that could be associated with this connection.

This strong connection presented as a mixture of emotional depth and carnal desires would definitely be one of a kind.

However, the risk of getting lost and dependant on it is very possible.

You may find yourselves wanting each other badly, while at the same time feeling miserable precisely for the same reason. Be very careful not to lose your head in this vortex of emotions and deep desires.