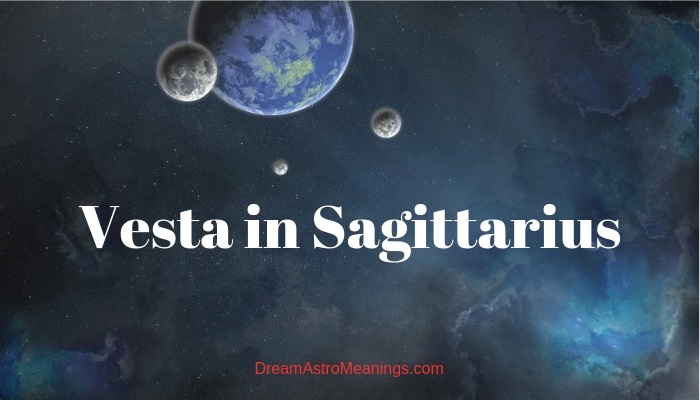 Vesta is known for the two giant craters on its surface which were believed to have formed from massive collisions which happened billions of years ago.

Pieces of the debris formed as a result of these collisions were found on Earth as meteorites.

Vesta the asteroid got its name from the Roman goddess Vesta, the goddess of home, family, and fertility. She was also the protector of the Romans.

Vesta was usually depicted as the sacred fire which burned in her temple placed in the Roman forum. This fire was considered the protector of the Roman people and needed to be kept burning.

The extinguishing of the fire was considered a bad omen for the people of Rome. The Vestal virgins who failed to perform their duties were punished.

The fire was kept alive by the Vestals, the priestesses of Vesta.

They were six virgins chosen for that role when they were at the age of around six to ten years old. They needed to make a confession to remain virgins at least another 30 years. They performed sacred rituals to enhance fertility and a good harvest.

These girls were fortunate and honored to be chosen for this role, which was also a great sacrifice.

The holiday Vestalia was dedicated to Vesta and during that holiday women were allowed to enter Vesta’s temple. Men were not allowed inside. The goddess Vesta was a much-respected deity among the Roman population.

Vesta was a virgin, but was also the goddess of fertility and women who couldn’t have children prayed for her help in conceiving.

In astrology, Vesta reveals how we choose to confront our issues arising at work, or regarding our devotion to something, like a cause or to someone, issues about the sacrifices we are making and our integrity, as well as the issues which we experience because of our restraining from personal relationships or intimacy.

Vesta indicates the psychological conditions we could experience because we refrain from physical intimacy or personal relationships, or because of our fear of them.

Vesta placed in a certain Zodiac sign or house points out at the areas where we should focus on. Vesta also indicates the people, things, or situations we should get rid of. It reveals the way we deal with our passion, our physical needs and our urges.

Its placement in our natal chart reveals whether we choose to suppress these urges and needs or we choose to openly express them and fulfill them.

It points out the areas where we should make some sacrifices for someone or for something.

Vesta also indicates when we should sacrifice something for a greater good.

The asteroid Vesta can indicate our devotion to someone or something. That can be a cause, or a person, a project, or a belief. Vesta also indicates where in our life we choose to ignore the issues we have.

It could also reveal the issues we chose to hide from other people. The areas where we experience these issues are usually very important to us, but we can’t seem to find peace and satisfaction in regards to them.

The asteroid Vesta instills persistence and endurance in us to help us maintain our focus on our desired goals and deal with the issues we encounter along the way.

Vesta is the ruler of integrity, devotion, commitment, purity, virginity, chastity, modesty, endurance, virtues, suppression and control of passion and your needs for intimacy, etc.

Men with Vesta in Sagittarius are open and optimistic people.

They are usually not faithful in their relationships and that often represents a big issue.

They have an adventurous nature and are constantly seeking to discover the truths of the Universe and learning as many new things as they can.

They propagate their beliefs with great enthusiasm.

Women with Vesta in Sagittarius need to be motivated by some ideals when they perform their duties or do their work.

They need to be inspired with a greater cause to put in their greatest work effort.

These women, like men born with this placement are often not very faithful which can cause them relationship problems.

They are easy going and have an adventurous nature and prefer hanging around people with similar preferences.

Some of the good traits of people with Vesta in Sagittarius are optimists, enthusiasts, adventurous, independent, idealists, defenders of their beliefs and ideals, seeking the truths of the Universe, seek new experiences and gaining knowledge, etc.

Some of the bad traits of people with Vesta in Sagittarius are often fanatical about their beliefs, unfaithful, etc.

People with Vesta in Sagittarius do their best work when they are doing something they firmly believe in.

They are motivated the most when they are following some ideal or a principle they stand for.

These people have an adventurous nature and they are in constant seeking for the truths of the Universe.

They are not faithful and that can undermine their personal relationships. They are a mix of a mystic and a practical idealist. Although spiritual, this person inclines towards the material world.

Their search for the truth often inspires their actions. In some cases, these people might become fanatic in regards to their beliefs. These people believe in the freedom of thinking.

They are very devoted to their beliefs and ideals. They love learning and are focused on learning as much as they can.

These people are optimists and enthusiasts. They are in love with adventure and enjoy having new experiences. They can be excellent teachers who teach others about their knowledge and their experiences.

They never seize to learn new things and expand their knowledge.

People with Vesta in Sagittarius are very attached to their ideals and beliefs and they represent a motivating factor for their actions.

They love expanding their knowledge and searching for the secrets and truths of the Universe.

These people are usually unfaithful which causes them issues in their personal relationships.

They enjoy experiencing new adventures and expanding their knowledge, and they never seize to do that. They can be good teachers.